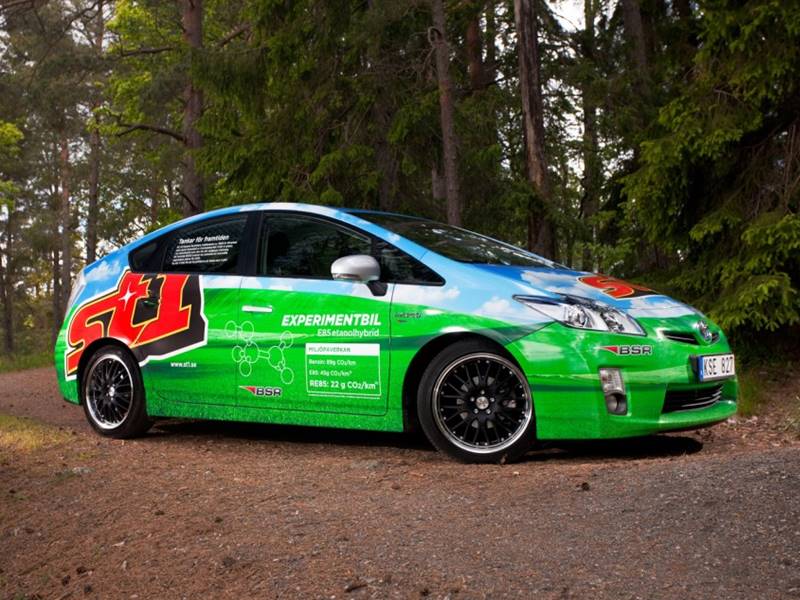 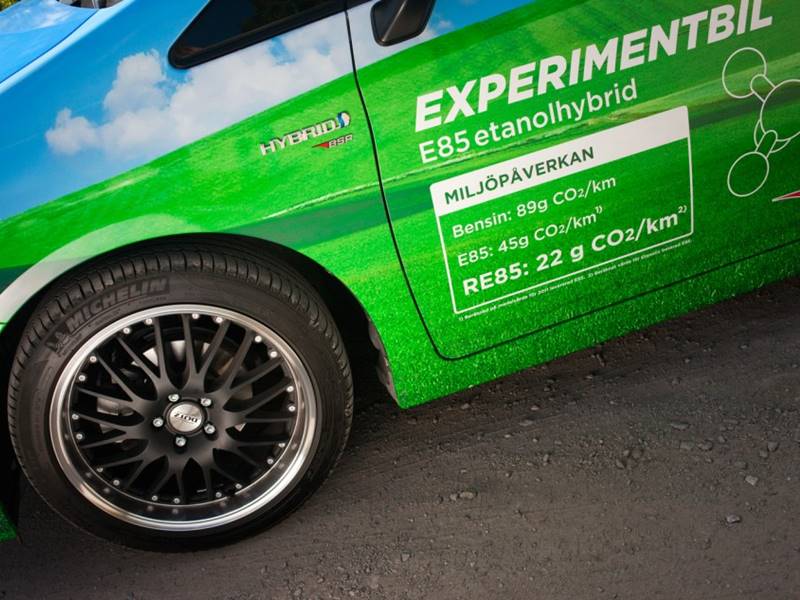 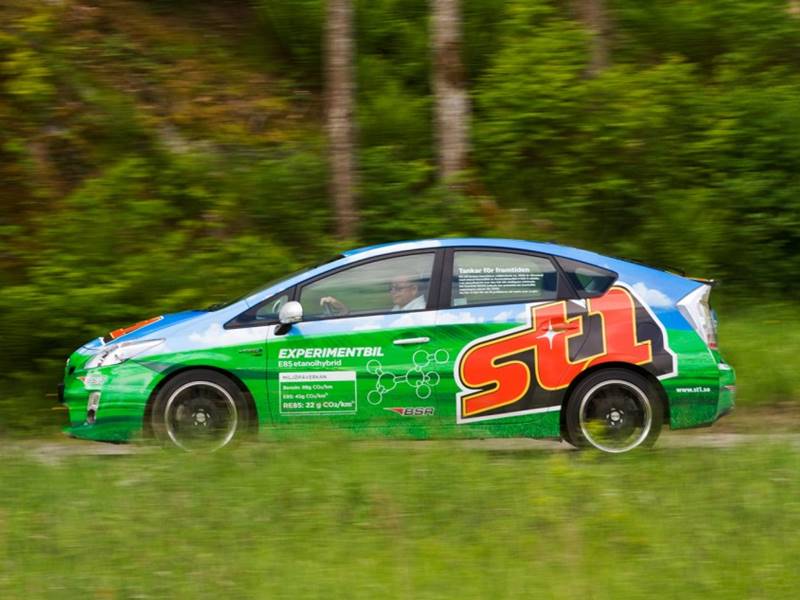 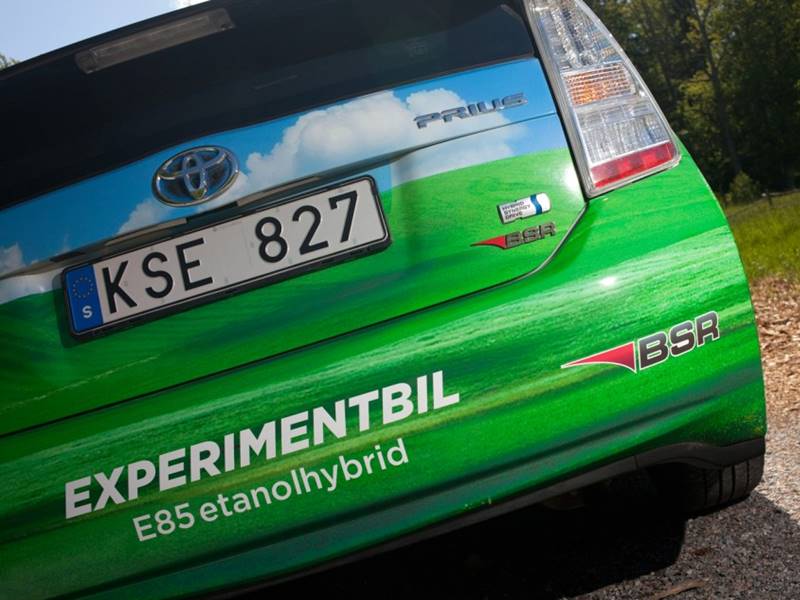 A prototype of the world's first flex-fuel hybrid vehicle (FFV hybrid) debuted at a Toyota event held today in Sao Paulo, Brazil. Stakeholders including the state government, universities and the sugarcane association (the Union of the Sugarcane Industry: UNICA) attended the event. The prototype is the combination of a flex-fuel vehicle (FFV) that can run on both gasoline and alternative fuels such as ethanol, and Toyota's famous hybrid system that combines a combustion engine and an electric powertrain.

The hybrid FFV is a new powertrain system that Toyota is developing with the aim of popularizing hybrid electric vehicles in Brazil and contributing to the environment by reducing CO2 emissions. The hybrid FFV has the potential to drastically reduce total CO2 emissions, as it is built on Toyota's hybrid system that has high energy efficiency and low emission levels and also takes advantage of the CO2 reabsorption capacity of ethanol, a 100% renewable fuel of plant origin. The prototype uses the Toyota Prius as the base model, which is currently being sold and becoming popular in Brazil. 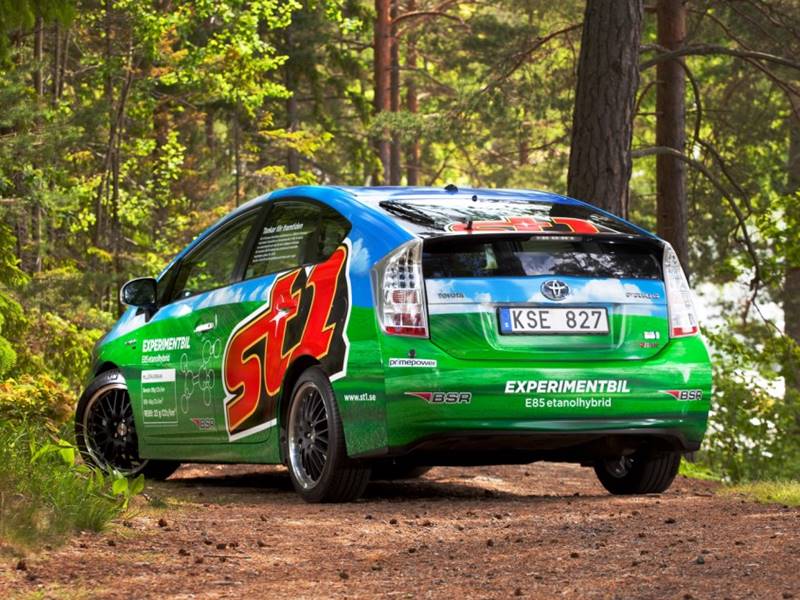 Toyota's initial studies indicate that the FFV Hybrid has a big advantage in environmental performance compared to a standard FFV, when we estimate CO2 emissions starting from the extraction of the feedstock, through its distribution in the fuel pumps to ignition in the car's combustion process. If fueled only with sugarcane ethanol (E100 fuel), the results are even better. 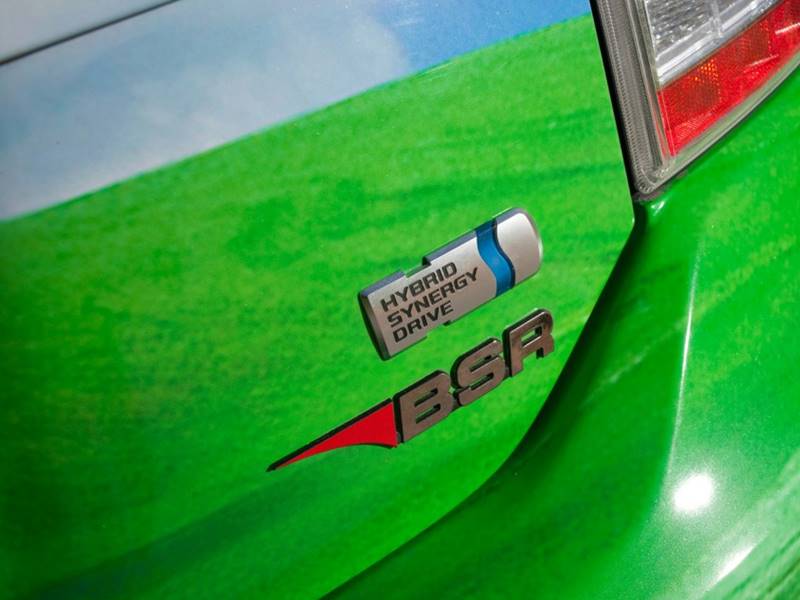 The development of the FFV Hybrid represents one of Toyota's efforts to achieve its "Environmental Challenge 2050" where it challenges itself to reduce vehicle CO2 emissions by 90% compared to 2010 levels by 2050. Another goal of the "Environmental Challenge" is to completely eliminate CO2 emissions from the vehicle life cycle, including materials, parts and manufacturing. In line with that goal, Toyota also aims to have more than 5.5 million electrified vehicles in its global new vehicle sales by 2030. 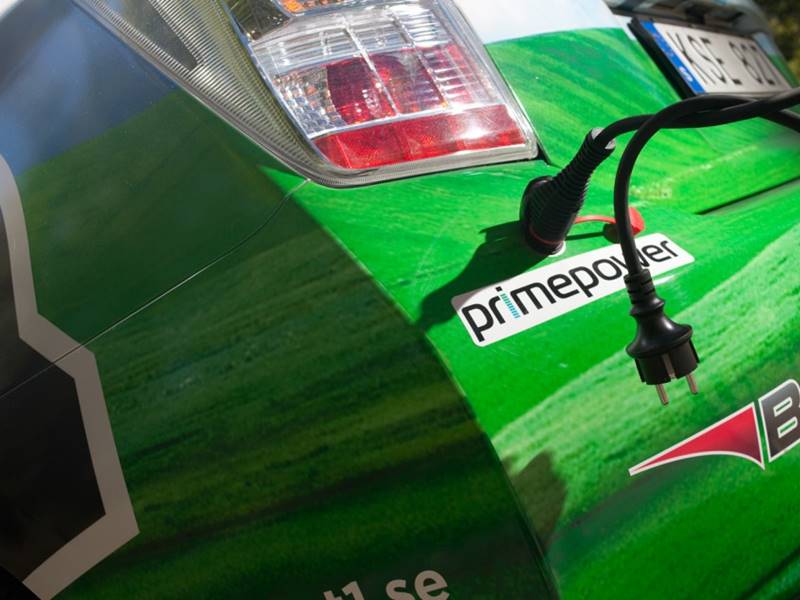 "I am very proud of our engineers at Toyota do Brasil who worked closely with our engineers in Japan to develop the world's cleanest hybrid vehicle using ethanol for our Brazilian customers. The invention demonstrates our path to provide a new mobility partnership," said Steve St. Angelo, CEO of Toyota Motor Corporation, in his capacity as CEO of Toyota Latin America and the Caribbean, as well as President of Toyota do Brasil.

Within the same Toyota Hybrid Flexifuel project this summer, representatives of the fuel company St1 have made a grand tour of Sweden in order to meet local politicians and investigate the possibilities of building locally produced biofuel production facilities in the municipalities. The tour is in an experimental vehicle that emits only 45g CO2/km on E85, and therefore meets the requirements of the Swedish "super green vehicle" classification.

To demonstrate the environmental benefits that are possible to achieve with existing techniques, St1 has together with BSR built an experimental car, a rebuilt Toyota Prius. The car has been converted to an ethanol hybrid that can run on E85 fuel alone, and can also be charged directly through the electric grid. In addition to the ethanol conversion, the car is equipped with lightweight wheels and environmentally friendly tires. The car has also been lowered by 30 mm to reduce air resistance and therefore reduce fuel consumption.

The St1 specifies the car's performance in the form of its fossil CO2 emissions per kilometer. Today, the definition of an environmentally friendly vehicle allows CO2 emissions of 120g/km maximum. The Toyota Prius emits by its normal hybrid technology 89g CO2/km. By converting the car to St1's normal E85 instead of gasoline, emissions are reduced to a low 45g CO2/km. And if the car runs on RE85, emissions are halved to 22g CO2/km. Comparing these figures with today's super-green vehicle requirements of 50g CO2/km, it is easy to see the great potential of the concept. 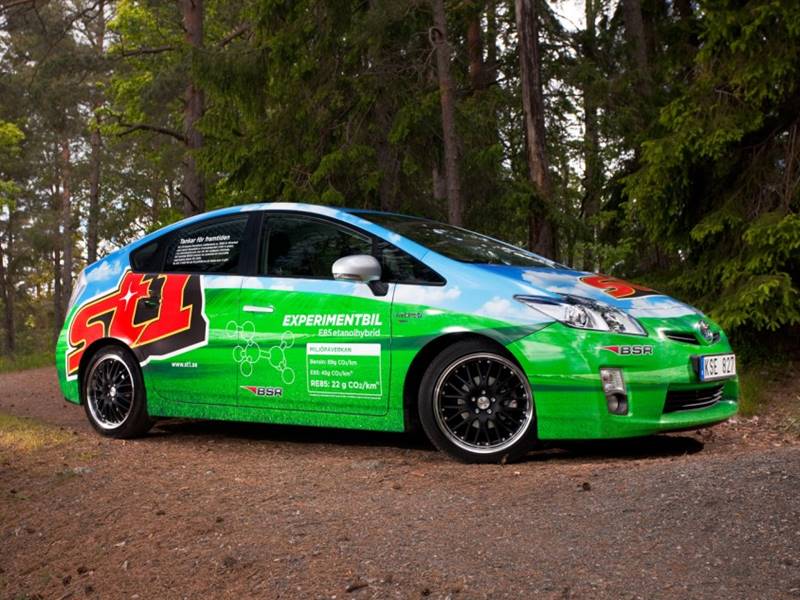