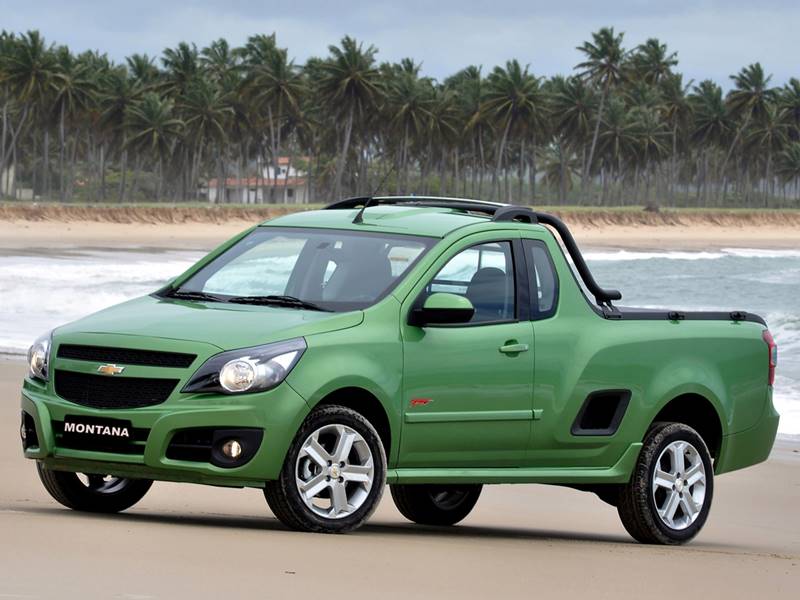 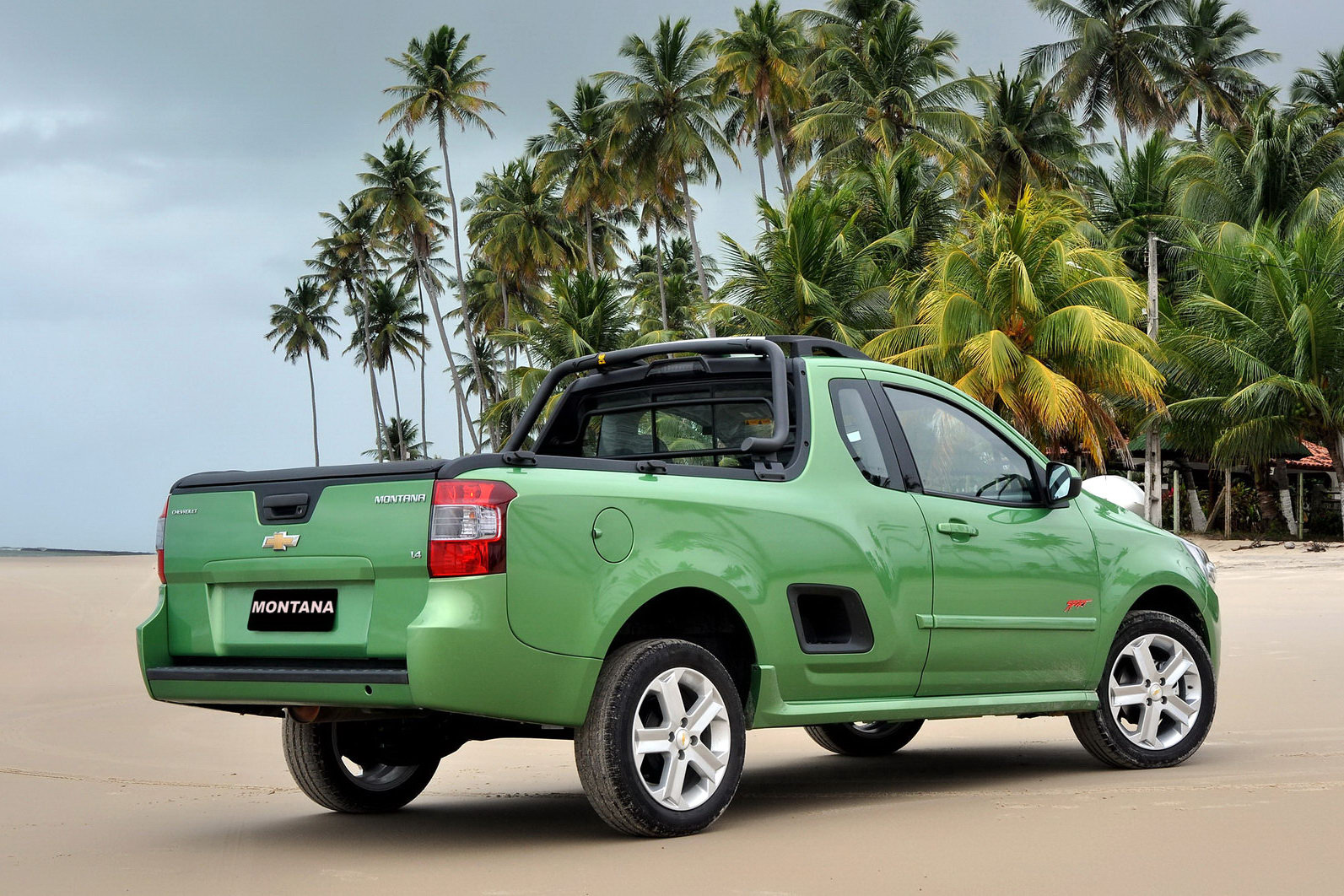 A useful and economical pickup 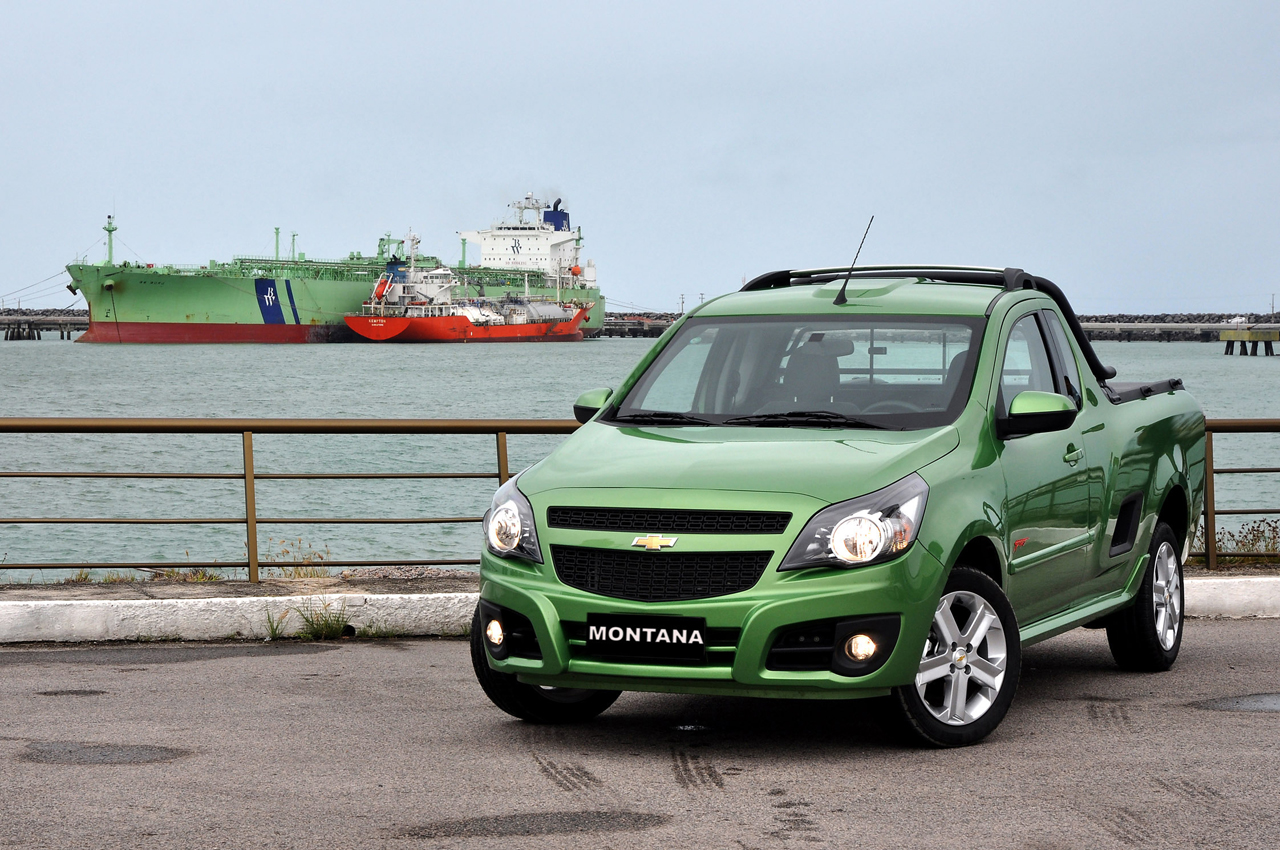 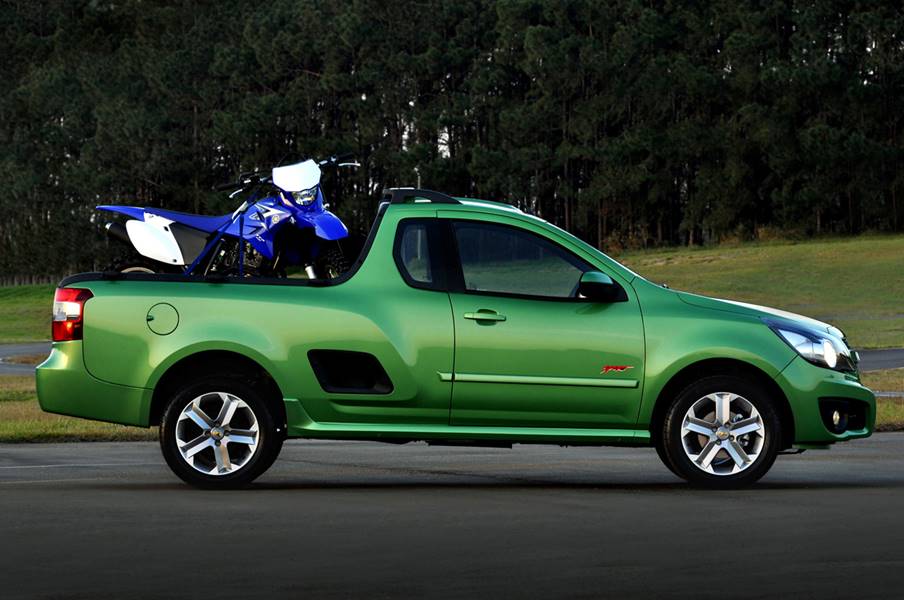 The Brazilian market is huge, especially for models that can use ethanol like the Chevrolet Montana. Actually, the Montana is based on the Chevrolet Agile, a car the size of a Golf. That's right, this little pickup truck would be a miniature version of another Chevy named after a U.S. state: the Chevrolet Colorado. If the two could be found in geographic proximity to each other, that is. And since the Colorado isn't offered in the Brazilian market (but a pickup truck called the S10 is), we can't show a full-size comparison without some Photoshop.

The Montana is actually a pretty capable little truck. For example, this front-wheel-drive pickup can haul up to 1,671 pounds of stuff in its rear bed, despite its very modest length of just 4.51 meters. And, let's face it, when have you ever had to haul even half that weight? For perspective, that cargo capacity overlaps with some versions of the Ford F-150 and Dodge Ram. Not bad for a pickup at a fraction of the purchase price. And now you know why this pickup seems to sit so high off the ground -- it needs the suspension travel to support that weight. 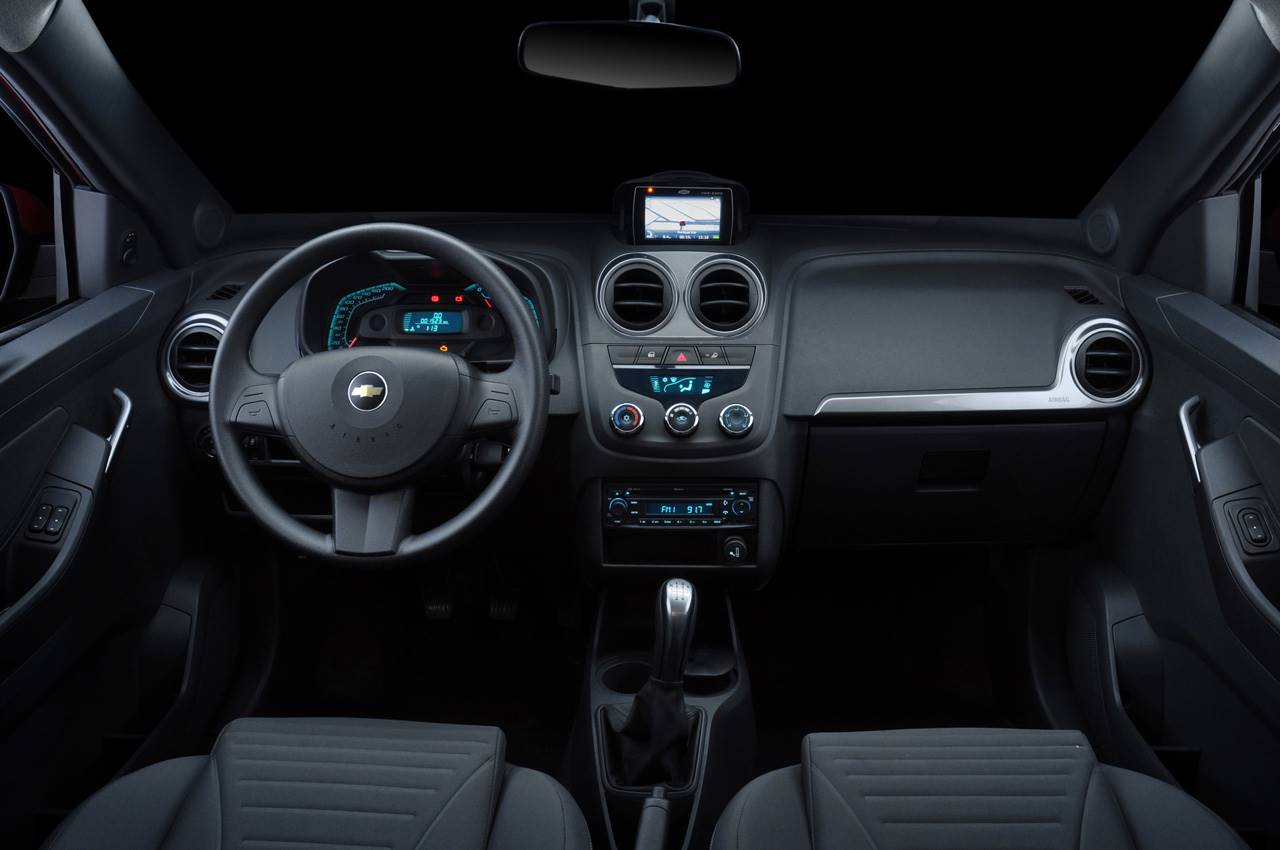 Power (and "power" may be too strong a word to use here) comes courtesy of a 1.4-liter, 97-hp flex-fuel engine mated to a five-speed manual transmission. Power goes up to 101 hp if running on ethanol. Torque figures are on the same order at just 95 lb-ft. The Montana does a smooth 0-100 km/h acceleration in about 12 seconds, which isn't bad considering the small utility engine is forced to haul a heavier-than-usual body. 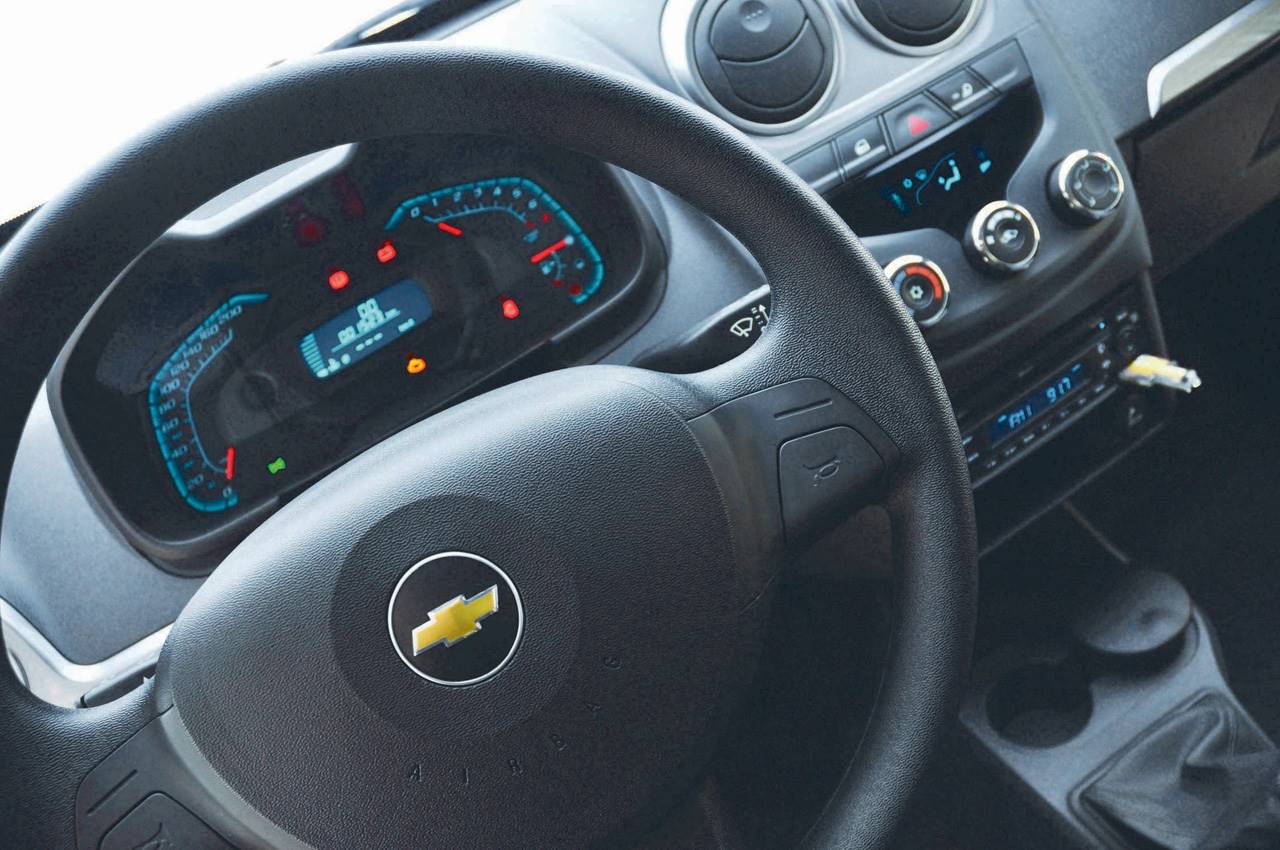 The Montana is built in Brazil and sold in many South American countries, in addition to Mexico (where it is known as the Chevrolet Tornado). And just because it's a budget truck doesn't mean it skimps on features, with Bluetooth and USB ports available as options. A Sport version is also available, and comes with goodies like a CD/MP3 player, power windows, cruise control, fog lights and reasonably modern 16-inch aluminum wheels. 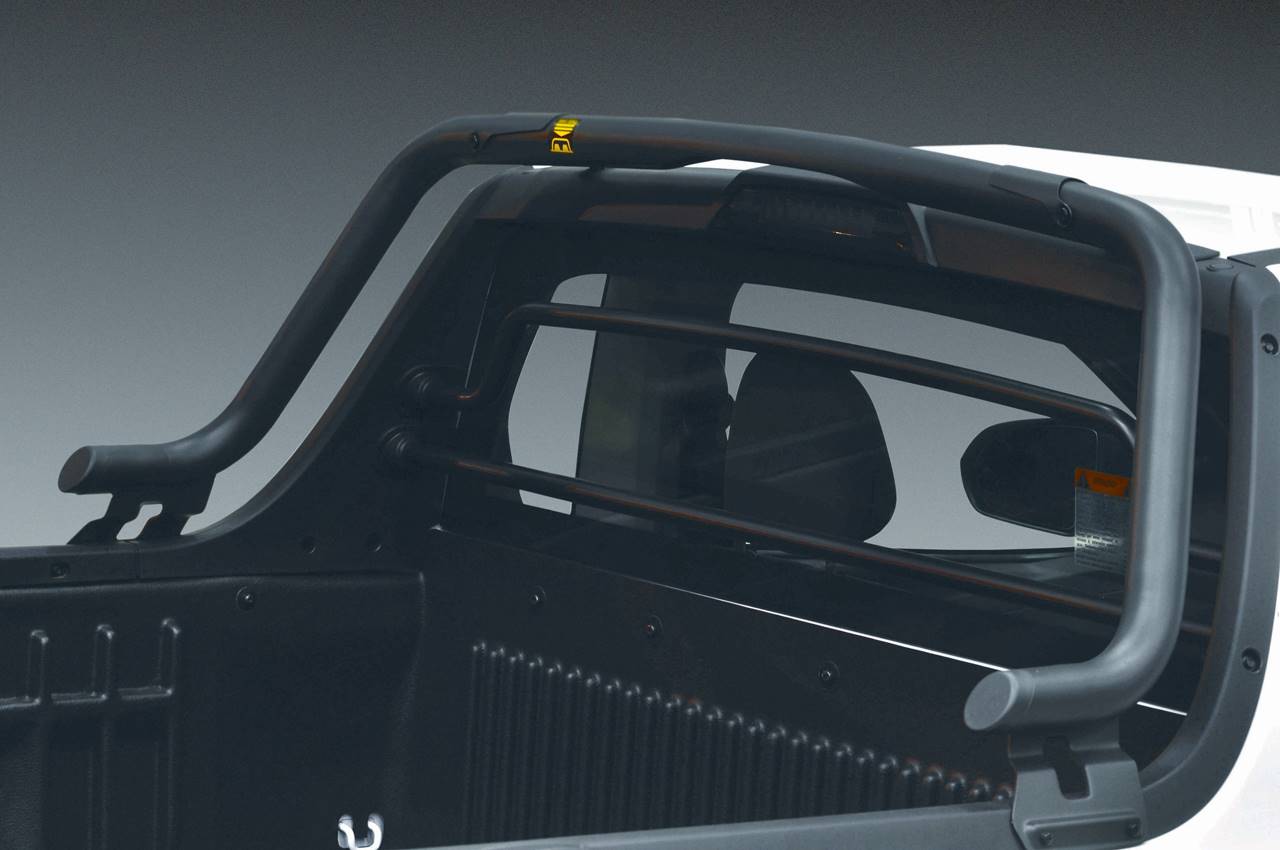 How much does it cost? In base LS trim, the Montana starts at 32,990 Brazilian reals, which converts to about $15,143, while the Sport version starts at the equivalent of $19,550. The Montana comes from a class of vehicles that VW and other automakers have been hinting from time to time to start offering in the U.S. And while it's not as powerful as some American pickups with roughly the same cargo capacity but lower fuel economy, it looks like a useful vehicle for not a lot of money.

If you reside in Latin America and require a vehicle with working capacity for not much money and you can use ethanol at half the price, this may be your smartest alternative although you will surely be left dreaming of the big Yankee pickup truck you always dreamed of.