CNG filling stations in Japan in 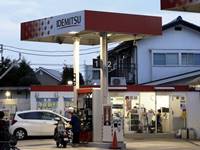 At present, there are various regulations on the installation of natural gas stations and the maintenance of high-pressure tanks in Japan, which hinders the introduction of CNG. A review of related regulations has been initiated, and a ground is being created to promote the spread of NGVs in Japan as well. Although the installation of natural gas stations is not progressing, if gnv is introduced as a bi-fuel vehicle that can run on petrol, the problem of autonomy will be almost solved.

Traditionally, Japan is a country that has made a strong commitment to alternative energy. Being a developed economy and having no oil reserves in its territory, the need to look for alternative means of energy production has encompassed all areas including transport.

Thus, manufacturers such as Toyota or Suzuki, offer their vehicles with CNG and sell more than 100 000 vehicles in the world with CNG equipment already pre-installed

The perceived change in the Government of Japan may allow a greater implementation of CNG refueling stations for sale to the public, especially for heavy transport

In Japan there are currently 176 CNG refuelling stations open to the public, which, being a small country with a high population density, means that the Japanese have a compressed natural gas refuelling station really close by

June 22, 2021. Japan, the world's largest importer of natural gas, is drawing up plans for trucks and ships to use this fuel, in part to help reduce carbon emissions, but also to diversify energy sources in the freight transport sector for security reasons

A draft report on energy policy discussed Thursday at the Ministry of Commerce underlines the need for a greater variety of fuels for freight transport and points to the growing international use of compressed natural gas (CNG) in the sector.

Ryo Minami, the ministry's director of oil and gas, wants 10% of the 300,000 trucks used for long-distance transport to be fueled by CNG soon and a "substantial" part of the fleet to use gas over time.

How to refuel a CNG vehicle in Japan