stations in china with

ethanol Stations in china in 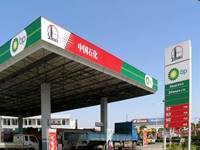 In 2001, China launched an ethanol fuel program to consume aging grains that are no longer suitable for use as food. The program was limited to six provinces and some cities in four others so as not to jeopardize the food supply to China's population of 1.3 billion people. China produced an estimated 52,000 barrels per day (b/d) of E10, a gasoline blend with a 10% ethanol concentration, in 2017. This blend was largely derived from grain, as non-grain-based ethanol technology remains commercially unproven, even with the support of government subsidies.

Given China's concerns about food security, ethanol (which is primarily derived from grain) has never been considered a strategic fuel target for the government. That changed in September 2017, when the Chinese government announced legislation proposing the use of ethanol in fuel for all of China by 2020. The move is perceived as a government guarantee that it will comply with the Paris Agreement to reduce fossil fuel consumption and alleviate global warming. But it also improves energy security by reducing the country's dependence on oil imports. On a more practical level, the initiative promises to reduce the huge corn inventory that has been accumulating for years, the result of government farm subsidies.

With a minimum 10% ethanol blend in gasoline, for which a demand of 3.4 million barrels per day (MMb/d) is expected, China would need to source 15 million tons of ethanol per year. This volume will increase year on year until the mid-2030s, when gasoline demand is expected to peak. China currently imposes significant tariffs of 30% on ethanol imports, both denatured (mostly for fuel) and natural, to inhibit imports. This policy is likely to continue.

This leaves domestic sources as the most likely solution to the huge supply deficit. However, China is unlikely to encourage the development of fossil fuel-based ethanol capacity, such as syngas, coke gas or coal-based ethanol, or even natural gas-based ethanol, due to their significant carbon and environmental footprint.

However, it is this lack of supply that prevents the commercialization of e85 ethanol in China and explains the lack of gas stations offering this product.

News about Ethanol Service Stations in the china

December 28, 2021. China suspended its E10 mandate in 2020, but the country continued to buy American ethanol. In October and November 2020, state-owned companies booked numerous shipments of US ethanol for the loading period through July 2021, as price arbitrage was opened between the two countries despite import levies of up to 70%. % for US denatured ethanol.

Following a flurry of deals in late 2020, China largely stayed on the sidelines in 2021 as US ethanol prices soared and arbitrage between the two countries closed.

How to refuel ethanol in china