HVO 100 Stations in France in

HVO 100 Stations in France in 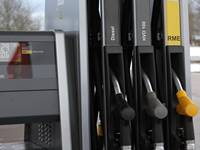 When talking about the green transition, it is often forgotten that this can also be accompanied by alternative fuels, which can replace current petrol or diesel.

As far as diesel is concerned, although it is not the main fuel for the moment, the HVO100 is proposed as the main candidate to start the substitution and a major player has already started to move in France. This is Neste, which produces HVO from waste and residues. This clean fuel will soon be offered at French filling stations. Current engines can handle it and the fuel could reduce the CO2 footprint by up to 90%.

From its technical name HVO100, it will be marketed under the name Neste MY. This synthetic diesel will be "made entirely from renewable raw materials". In other words, it will be produced using exclusively waste and residues. This includes used vegetable oil.

TotalEnergies is also setting up an HVO100 production site at its La Mède facility. In its manufacturing process, the group integrates vegetable oils. The company Altens markets this type of fuel. Transport companies such as Autocars Imbert or SABA use HVO fuel for their coaches.

There are currently very few service stations in France offering HVO for public consumption, although the interest aroused is promoting installations all over the country.

Map of Stations with HVO in France

News about stations with HVO in France

February 8, 2022. Interxion has started switching from diesel to Hydrotreated Vegetable Oil (HVO) in France to power its standby generators in this country.

Interxion said its French subsidiary was the first data center company in France to use HVO100. It said the move will reduce its carbon emissions from generators by 90%.

The company said this week that it has adopted HVO100 fuel for generator sets in its data centers. The first supply was made in the new PAR8 center, located in La Courneuve, Paris.

How to refuel HVO in France