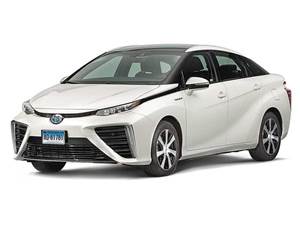 How does a hydrogen car work?

A hydrogen car uses this gas as an element so that by reacting with the oxygen in the air electricity and a waste of water are produced. Electricity is used in the engine and stored in a battery that provides energy to the vehicle's electric motor 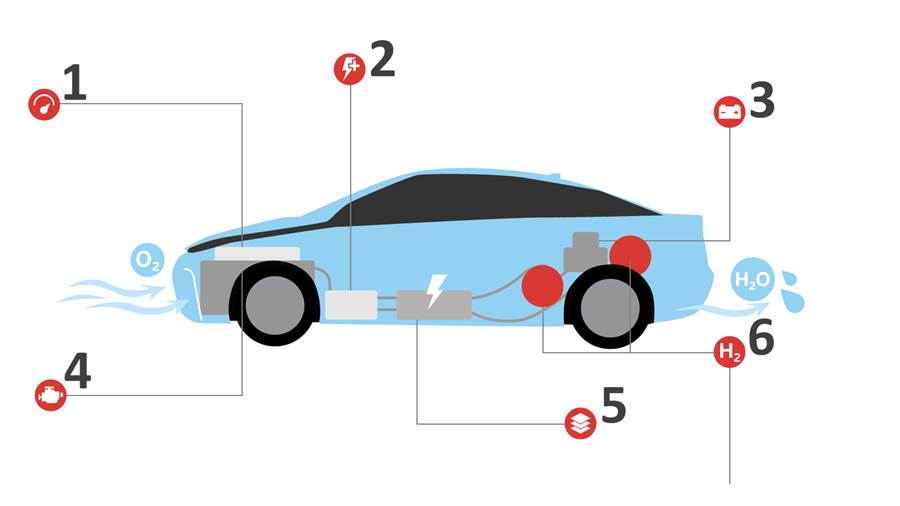 1.- POWER CONTROL UNIT: It controls the loading and unloading of electricity as well as controls the generation of electricity from the hydrogen fuel cell
2.- TRANSFORMER: Increase the voltage of the electricity produced by the fuel cell up to 650 Volts for optimal use in the vehicle
3.- BATTERY : Stores the excess energy of the generation and supports the fuel cell in accelerating the vehicle
4.- ENGINE : Uses the electricity generated by the hydrogen fuel cell and the battery.
5.- FUEL CELL : It uses the charged hydrogen to react with the oxygen in the air to cause the necessary electricity
6.- HYDROGEN TANKS : Refueled hydrogen is stored in these tanks for use. The pressure of use is approximately 700 bar.
Where can Hydrogen be refilled?

The plans of manufacturers and institutions agree on the growing importance of hydrogen vehicles and a significant presence in a few years.