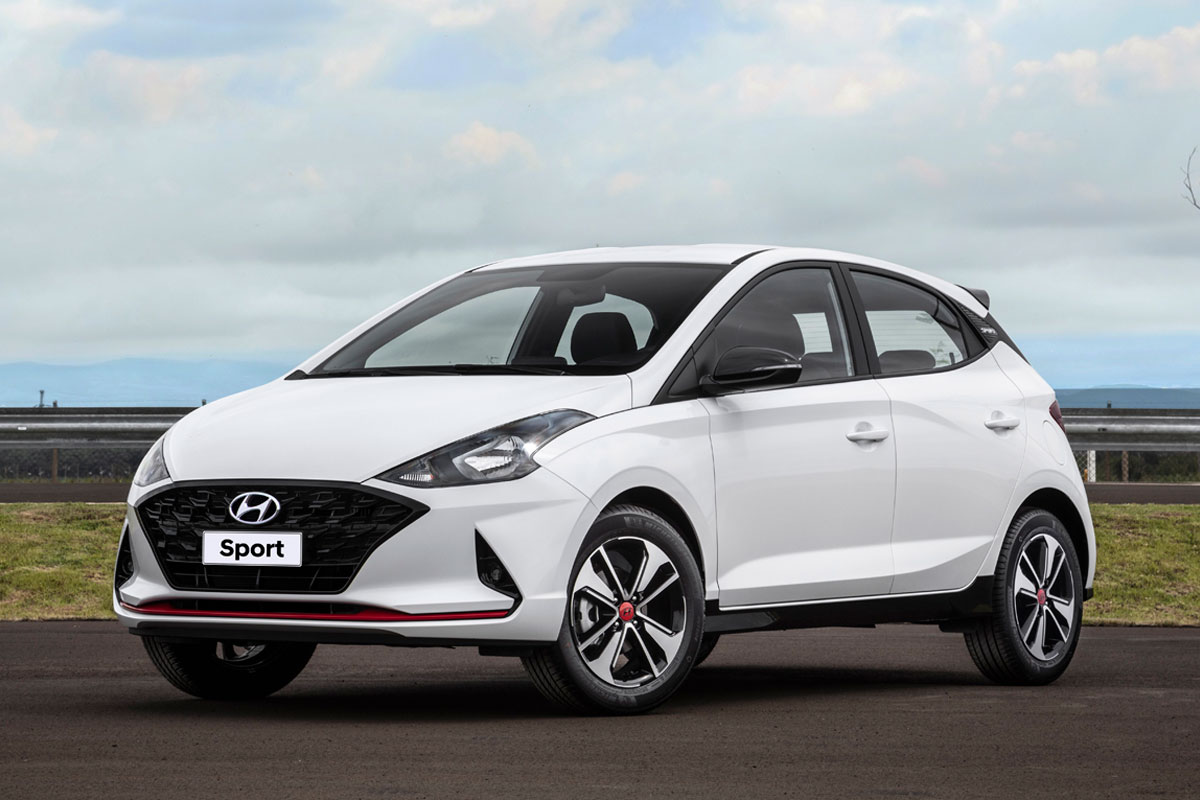 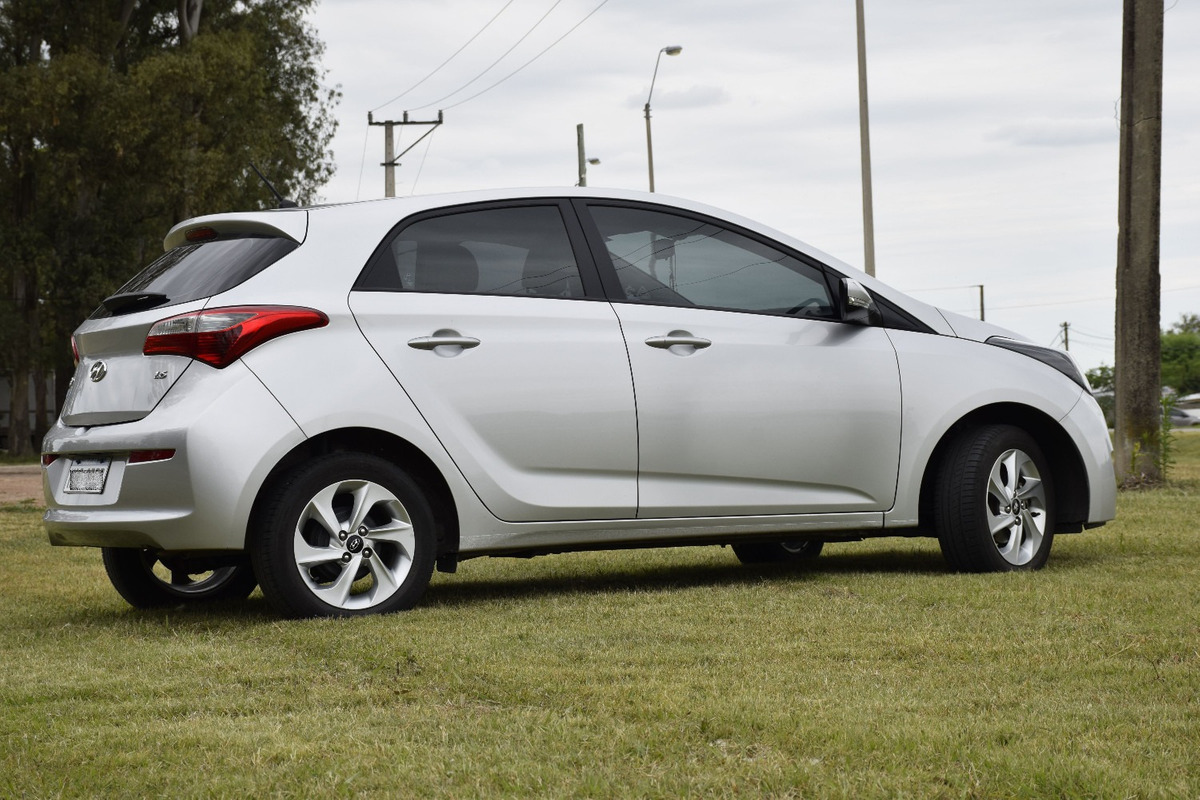 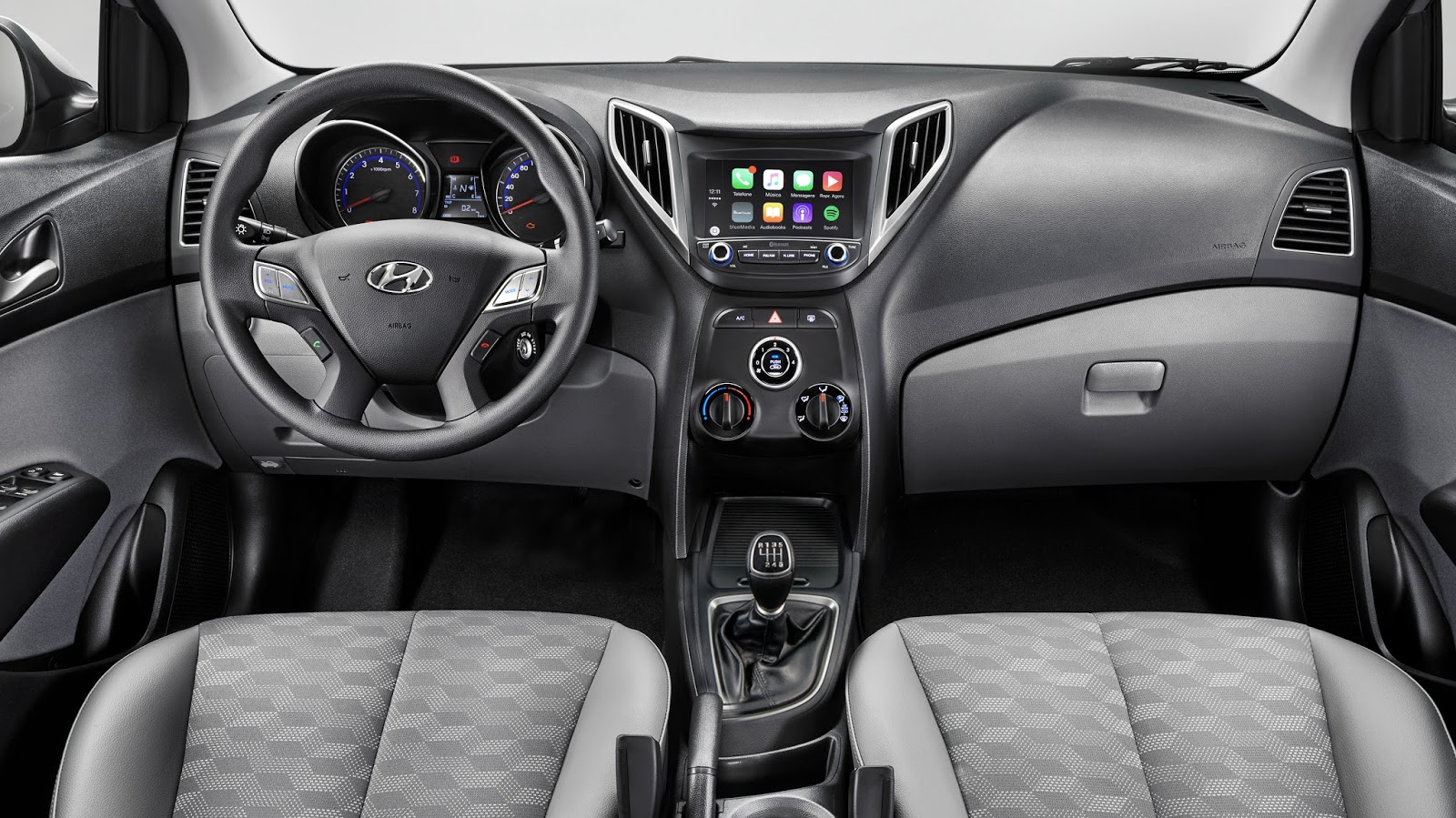 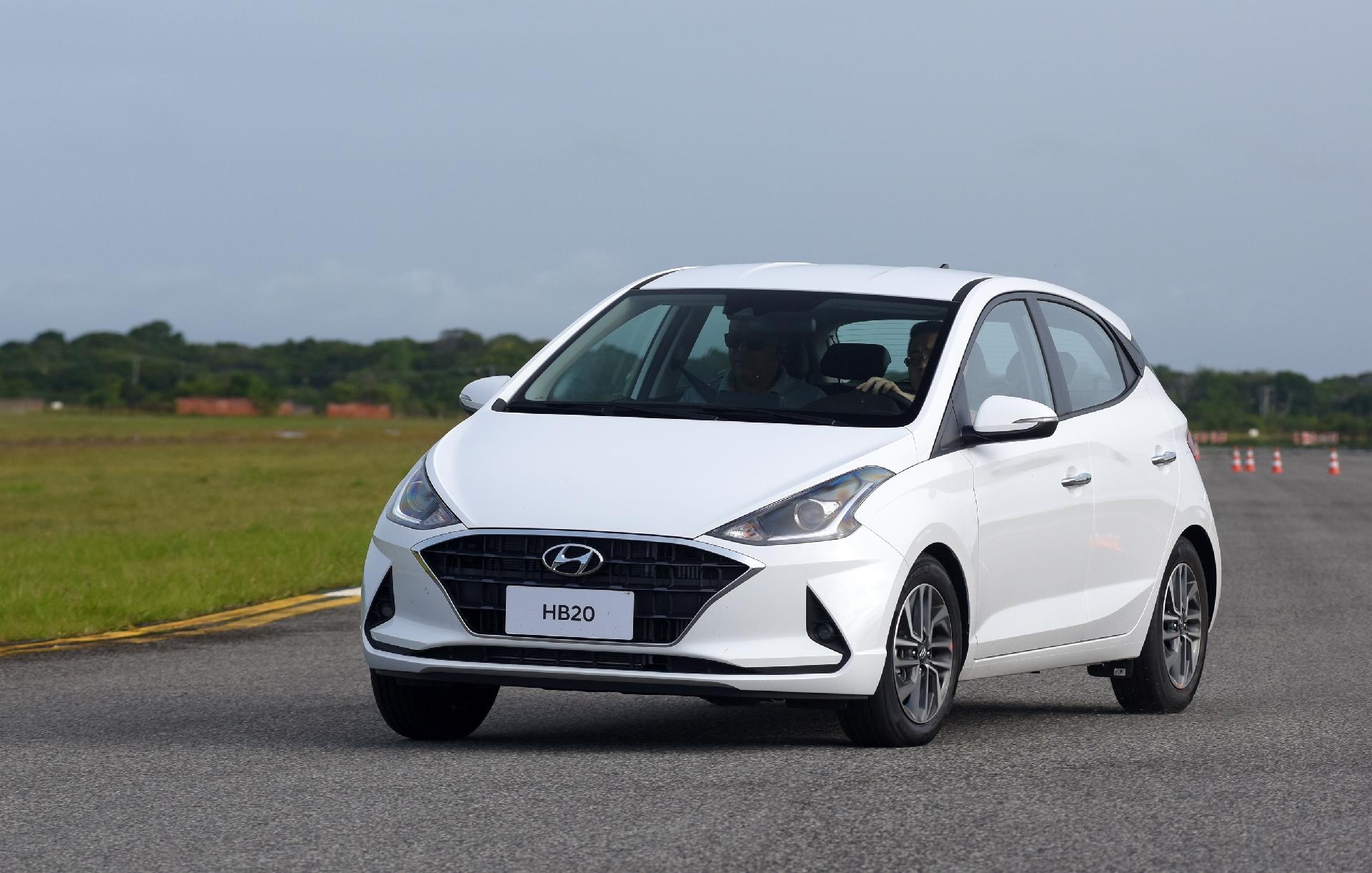 The car has always been a sensation: beautiful, well finished, well equipped and attractively priced, it followed for years the path of the Onix, Golf or Clio. The "brothers" HB20S, sedan, and HB20X, adventurer, have always been good too. There was also a redesign in 2015, for the 2016 line, which "updated" the design of the more expensive versions - they gained LED headlights and headlamps, without losing the "provocative" essence of the design. Until the biggest visual change of the car, launched late last year, a year after the presentation of the Saga concept, which inspired it and was shown at the Salão do Automóvel de São Paulo in 2018. But let's let us talk about the design at the end of the text. Now, we have to say that the car has improved, and a lot, in several aspects.

It has gained technology: in the top version of the Diamond Plus, there are pieces of equipment that had never been used in cars of the most basic category. Believe me, the new Hyundai HB20 even brakes itself if the system detects an obstacle ahead and realizes that the driver didn't react to it. 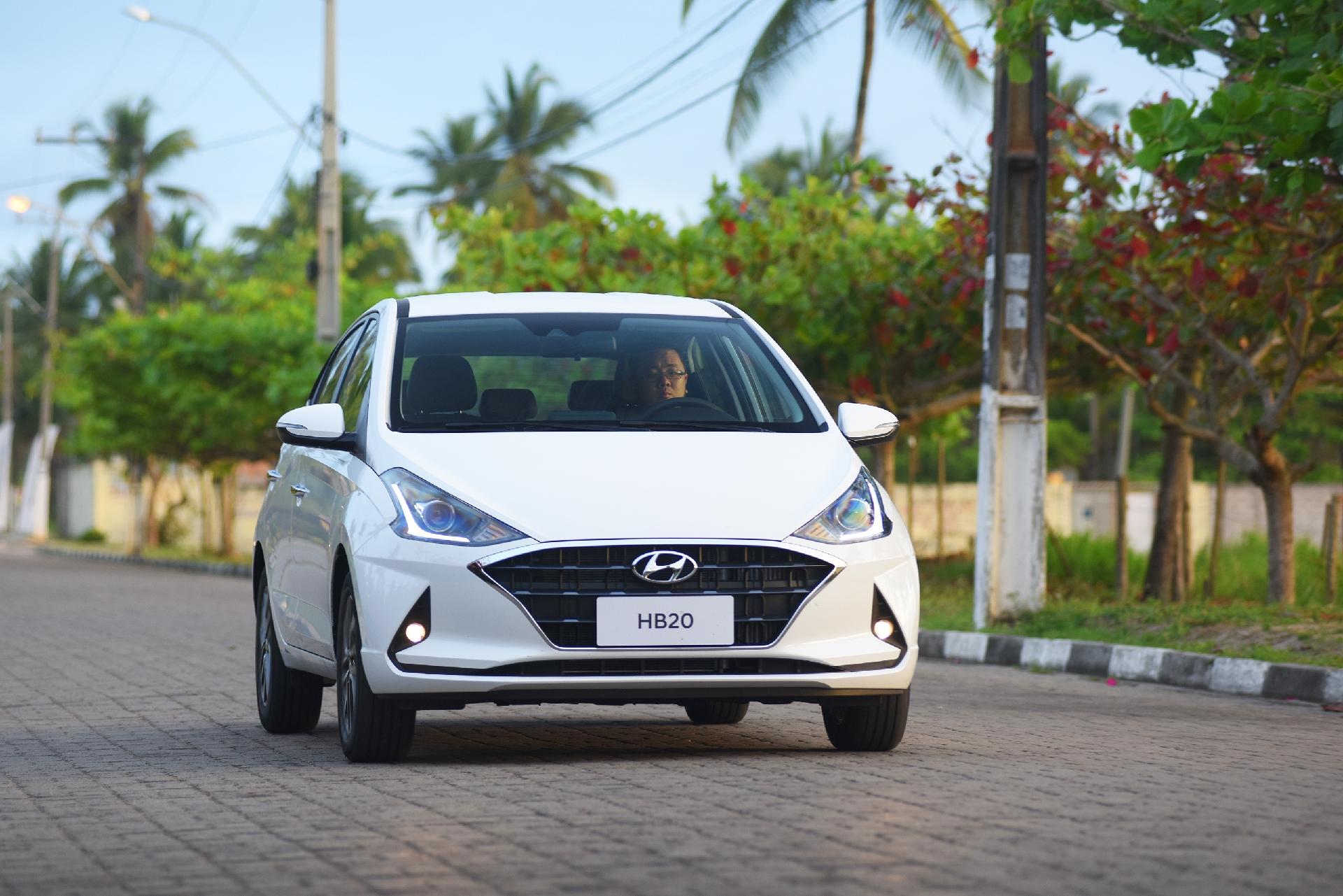 It has other elements of the type, such as lane change alert and tire pressure monitoring system. And equipment compatible with a much more expensive car, such as six airbags; multimedia system with connection via CarPlay and AndroidAuto; air camera; sensory key to open the doors; activation of the engine via a button. Completing the list of rain and twilight sensors; the start-stop system (which turns the engine off and on at quick stops to save fuel) and even paddles behind the steering wheel for gear changes. The wheels on the most expensive version, Diamond Plus, are still alloy (16 inches) and there are headlights and fog lights and color digital displays on the dashboard. 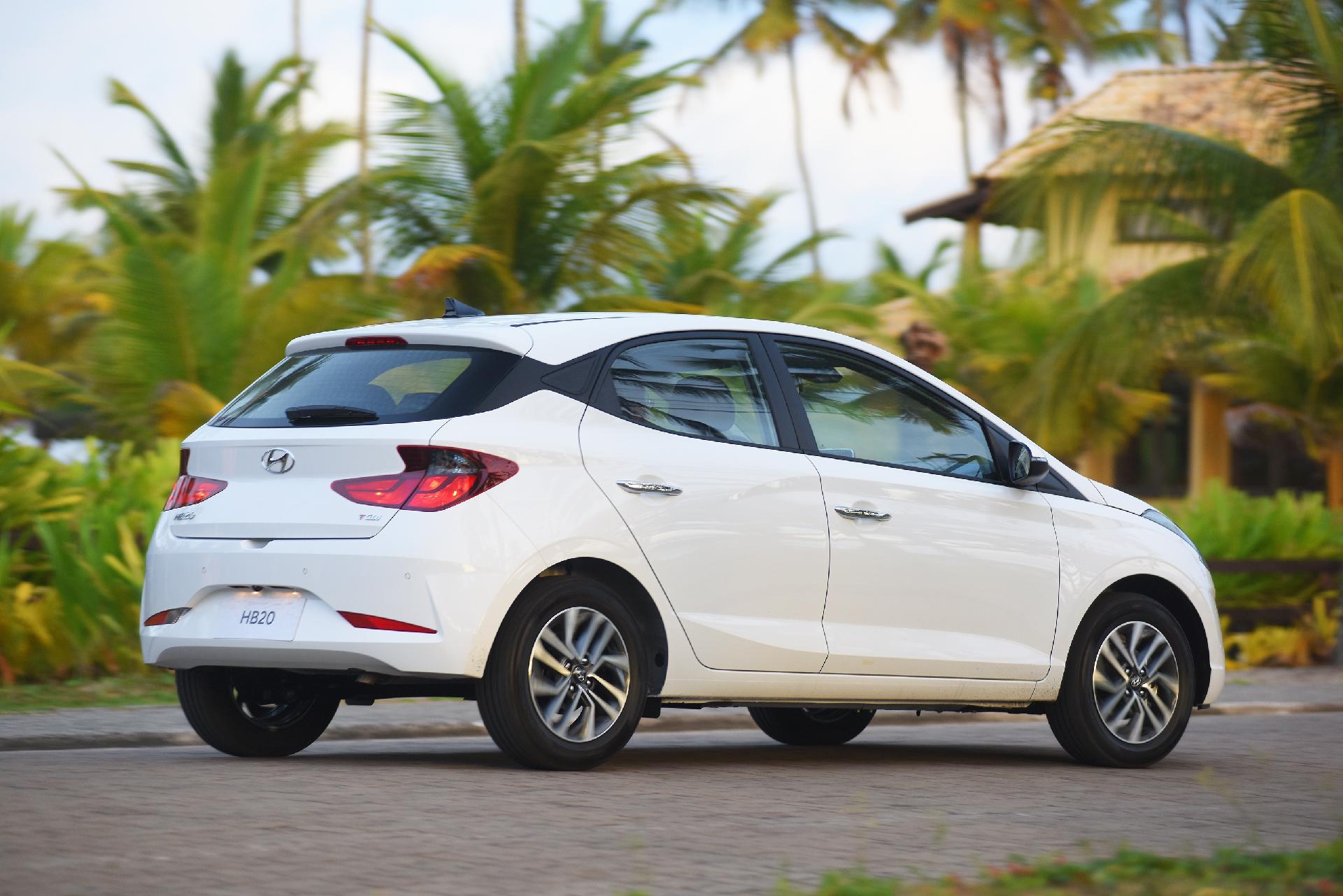 Another thing that has improved a lot is the turboflex engine in the more expensive versions, which is excellent. And when we say it's excellent, you can believe it, it's because it really is: that same engine in the HB20S was considered superior to the also great Chevrolet Onix Plus engine for ethanol. The reason for such a good fit is the use of direct fuel injection. It has 120 hp and 17.5 kgf.m of torque with both fuels applied in a low weight (1,091 kg), which ensures good agility, acceleration from 0 to 100 km/h in 10.7 s and a final speed of 190 km/h, in addition to excellent consumption: 8.19 l/100km in the city and 7.19 on the highway with gasoline and 11.6 l/100km in the city and 9.7 on the highway, with ethanol. 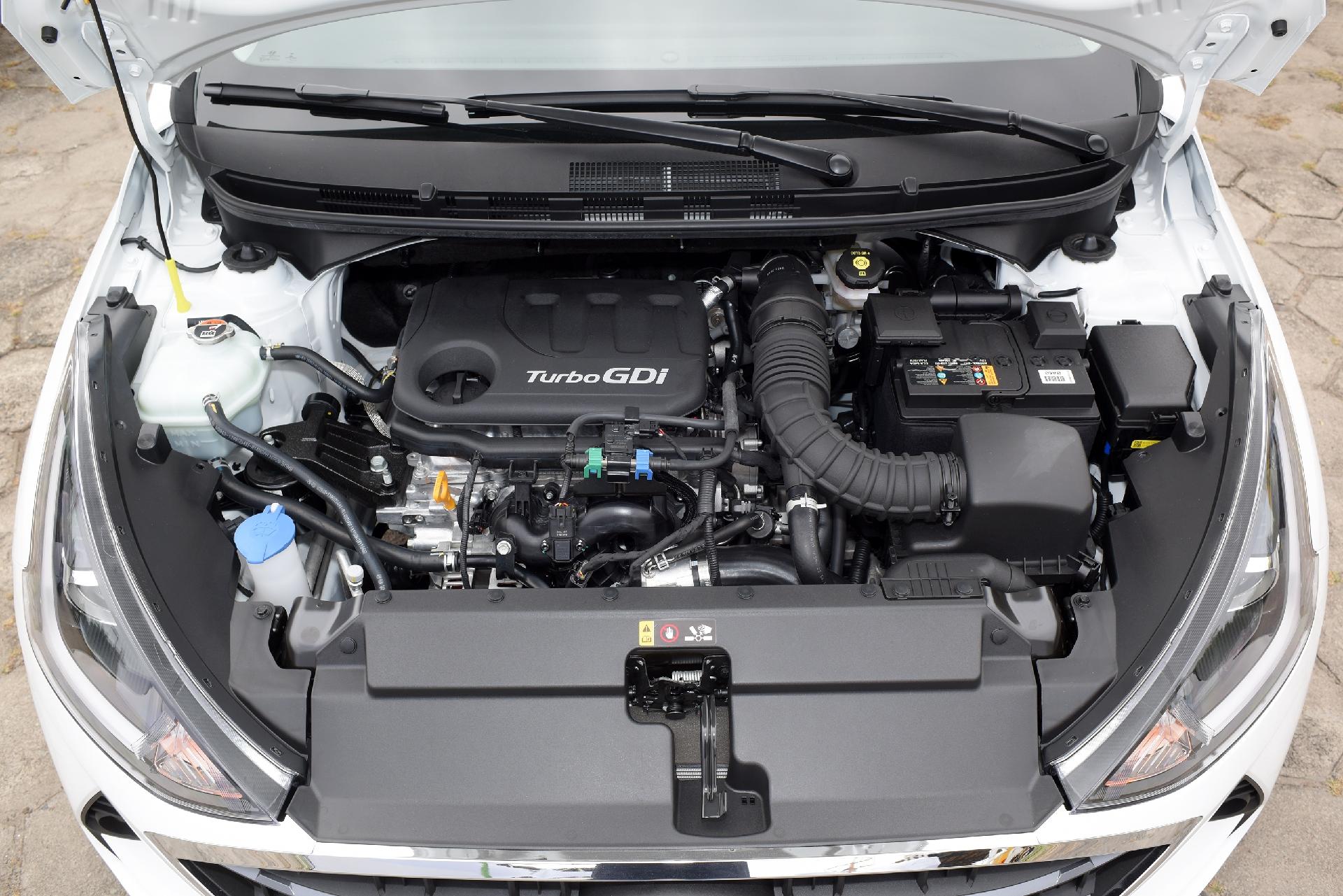 Completing the efficient package is the six-speed automatic transmission, also worthy of many compliments. In fact, this combination of modern equipment and an up-to-date and efficient mechanical set-up makes the HB20 a great companion for city cruising and some trips. For longer stretches, the negative point is the lack of space and the volume of the cargo space (300 liters).

We do not praise all the good things about the car to say that it is ugly and not worth it, because the design is something totally subjective. We can't say that the HB20 didn't improve, because what happened was exactly the opposite: it became more powerful, equipped and even firmer, which made it an even more enjoyable car to drive.

But it's also a fact that the new look doesn't help and maybe that prevents sales from being like before. In recent months, performance certainly didn't live up to expectations and many South Korean managers must have been angry with their numbers. However, there was a rebound in sales Perhaps this is not a sign that customer perception has started to become less visual and more qualitative? 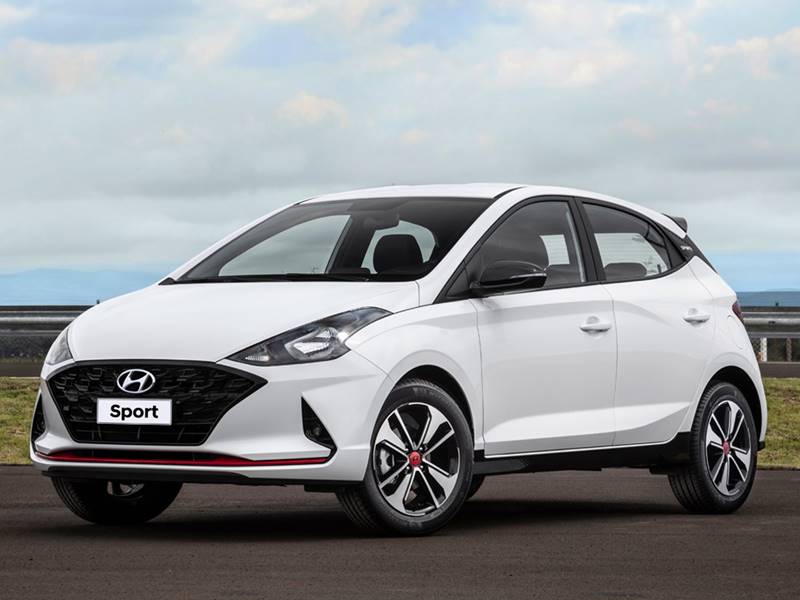