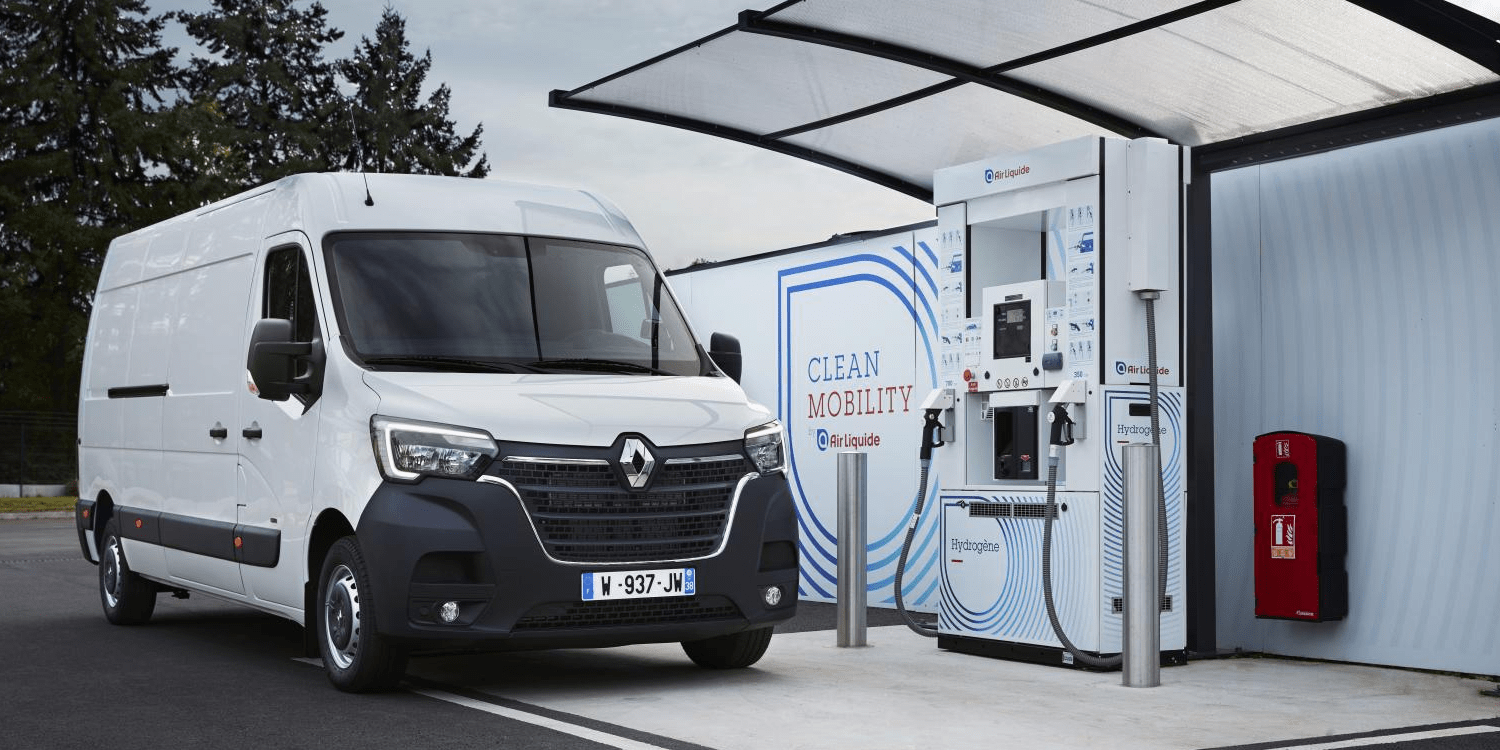 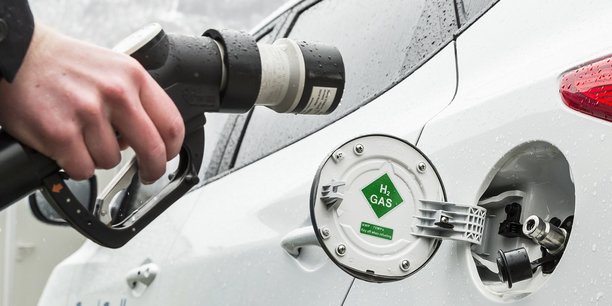 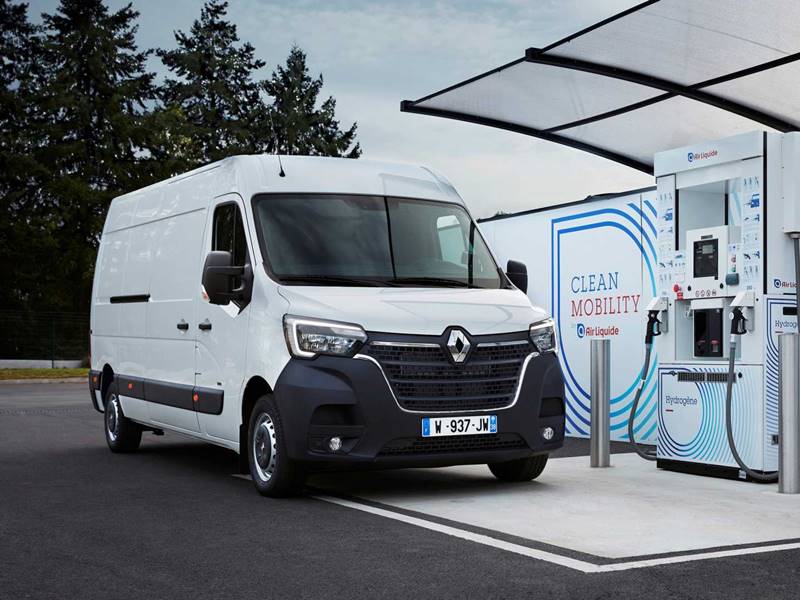 The vehicles will be equipped with a "range extender" fuel cell, which guarantees an electric and thermal power of 10kW, allowing the range of Master Z.E. Hydrogen and Kangoo Z.E. Hydrogen to be extended to more than 350 km (compared to 120 km and 230 km respectively for the battery-electric versions), i.e. the best range for electric vans and vans. Another advantage of hydrogen is the recharging time, which is about 5 to 10 minutes.

Convinced of the energies of the future, Renault offers hydrogen as a complementary solution that allows its professional customers to optimize the use of their electric commercial vehicle by lifting the brake on range. The hydrogen technology, tested since 2014, has been developed in collaboration with Symbio, a subsidiary of the Michelin Group. The Group will market the hydrogen Kangoo Z.E. by the end of 2019 and the hydrogen Master Z.E. by mid-2020.

After launching a new Master in September 2019, the Renault Group wants to offer professionals a hydrogen offer in the Master Z.E.. Master Z.E. Hydrogen will be marketed in the first half of 2020 and will triple the autonomy of Master Z.E., to go further, going from 120 km to 350 km (pending WLTP homologation).

Although hydrogen is not yet a fully developed technology, accessible to the majority and decarbonized production, its development is complementary to battery applications exclusively for commercial fleets, intensive use and heavy vehicles. There are 125 hydrogenation stations available in Europe, including 26 in France and 100 planned for 2020. The infrastructure in which hydrogen is increasingly decarbonized is developing in step with the progress of this energy. Faced with the significant financial investment that this requires (about one million euros per recharging terminal), states are multiplying support and aid actions, with plans that take into account mobility, but also the decarbonization of industry and, finally, the storage of renewable energy.

With the arrival of Master Z.E. Hydrogen and Kangoo Z.E. Hydrogen in the Renault distribution network, the Group is taking an important step in three directions at once: