LPG Stations in dusseldorf in 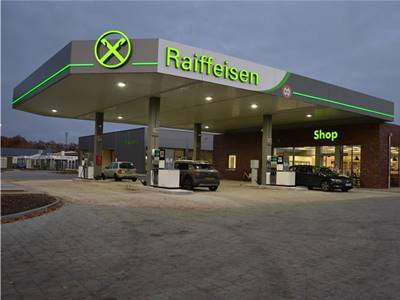 The environment, but also manufacturers, importers and retrofitters of liquefied petroleum gas vehicles can rejoice: politicians want to give alternative fuels a tax break. This was announced by the Parliamentary State Secretary of the Federal Ministry of Finance at the Berlin Automotive Dialog of the Central Association of the German Motor Trade (ZDK). The decision is intended to give more momentum to mobility with environmentally friendly fuels and increase the share of LPG in the fuel mix.

The plans are already being coordinated by the public administrations of the various German states and are to be presented in Düsseldorf. The proposed legislation calls for maintaining the tax incentives for LPG. A "degressive scheme" is envisaged (for LPG from 2019), which will lead to a gradual "merging" of subsidy levels. Under the motto "Full throttle out of the niche", the ZDK had invited various players from the automotive industry to the round of talks, who explained at the event: "The central question at present is: How will the car of the future be fueled?" And that reaching agreement will not be easy in view of the different interests involved. The common goal must be to completely dispense with fossil fuels in the long term. That's why a mix of technologies is important.

Currently, 98.5% of vehicles in Germany still run on diesel and gasoline and only less than 1.5% on LPG, and conventional fuels are expected to dominate for at least another 20 years. "But we need and want to move toward decarbonization," he said. Incentives and support measures have been the right signal so far, it said. With regard to the new subsidies, tax revenues of 180 million euros are expected to be lost. However, it was pointed out that the measure would have a positive impact on reducing CO2 emissions, "By limiting subsidies, we have to pay close attention to how much we spend, because we have to pay attention to the diversity of technologies," and reiterated that we need to make progress on environmental protection with as many fuels as possible.

Andreas Stücke, chief executive of the German Liquefied Petroleum Gas Association, welcomed in principle the statements made by politicians in the round, but would have liked to see a longer period of fiscal support. The decision in favor of gas propulsion not only serves to protect the environment, but also benefits Düsseldorf dealers and workshops. A large proportion of Düsseldorf car dealerships, both brand-affiliated and independent, have been offering conversion to LPG operation for years. In addition to the workshops, the numerous manufacturers of retrofitted gas systems are also likely to benefit. One trade visitor put it in a nutshell: "We need a faster pace in gas production. Especially since the LPG filling station network in Düsseldorf is comprehensive and does not have the supply problems perceived with other forms of mobility.