LPG Stations in hamburg in 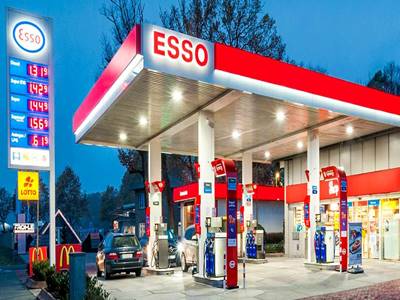 It's not just about petrol and diesel anymore. It is not only car manufacturers that have to adapt and partially restructure their product portfolios in the transition to green mobility. The business model of petrol stations is also changing. In addition to petrol and diesel, some petrol stations have also been selling LPG (liquid autogas) for some time.

In the midst of the diesel crisis, many motorists are looking for alternatives. Diesel car registrations are steadily declining and most customers are switching to petrol cars. Registrations of electric and hybrid cars are also rising sharply. In contrast, autogas vehicles have hardly benefited so far, despite the fact that drivers could save money by doing so. According to data from the Federal Road Transport Authority, more than 95 per cent of newly registered passenger cars are powered by petrol or diesel. Energy change in the transport sector is still a long way off.

Autogas is more widespread and is distributed through a network of around 7,100 filling stations in Germany, which is almost half the number of petrol stations. Supply is therefore guaranteed throughout the country. Despite the tax advantages and the fact that the cost of fuel is about half, only about 420,000 drivers in Germany drive on LPG, a downward trend since 2013, or 0.9% of the more than 46 million cars in Germany. LPG sales fell by 6.8% last year, according to the German LPG Association (DVFG). "We attribute this to the fact that the tax advantage for LPG was only extended last year, just before the end of the legislative period," says the DVFG.

Nevertheless, LPG occupies the lion's share of alternative propulsion systems and suppliers see themselves on the right track. Last year saw a strong increase in new registrations, which has continued this year, at almost 13%. However, at this low level, high growth rates are rapidly being achieved.