LPG Stations in Germany in 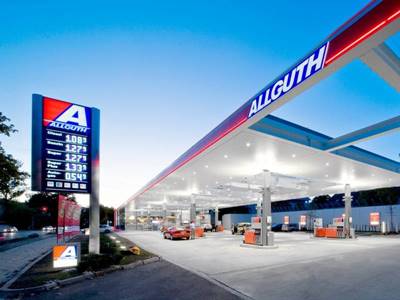 In the 1990s, an environmentally friendly alternative to petrol and diesel cars took hold on German roads: cars powered by autogas, also called LPG, were becoming increasingly important, as they emitted far fewer pollutants. Being less expensive and cleaner than conventional fuels, LPG is proposed as an alternative fuel especially for private transport.

Bio-LPG production is also conceivable in theory, although it is currently of little importance in the market.

LPG offers advantages over petroleum-based petrol and diesel. Although CO2 emissions are similar to those of petrol engines, LPG has a more favourable particulate emissions balance

Due to its use for decades it is very easy to use Autogas in Germany, being able to use a vehicle without problems throughout the country without having to plan the supply as is advisable in other countries

In Germany there are currently more than 7000 filling stations offering LPG for sale to the public.

The price of gasoline in Germany has long since broken the barrier of 2.20 euros per liter, and diesel is even a few cents more expensive. Although the extreme increase is likely to be temporary, as other countries make up for the "Russian gap" in oil imports, it is clear that the era of fuel prices around €1.50 per liter is probably over, if only because of the greed of the state, which collects more than 50% of the price at the pump in Germany in the form of taxes.

LPG seems like a bargain. Currently, the price per liter of LPG ranges between 90 cents and 1 euro per liter and is available at many filling stations in Germany.

How to fill up with LPG in Germany