stations in austria with

Hydrogen Stations in austria in

Hydrogen Stations in austria in 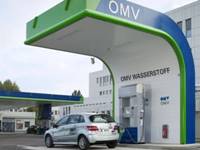 Austria has ambitions to become the leader in hydrogen use in Europe. The government is preparing a national hydrogen strategy1 which is currently out for public consultation. Its NECP (National Energy and Climate Programme) considers renewable hydrogen "a key technology for the integration of the sector". a key technology for sector integration and coupling" and includes a specific target for hydrogen consumption based on renewable electricity of electricity-based renewable hydrogen consumption of 1.1 TWh (4 PJ) in 2030. New regulatory and financial measures are announced to pave the way to pave the way for renewable hydrogen in the industrial, construction and transport sectors, covering the entire value chain from production value chain from generation to storage, transport, distribution and final consumption.

Austria is in a favourable position due to its current investments in hydrogen research and pilot and demonstration projects, as well as in demonstration projects, as well as in infrastructure, e.g. hydrogen refuelling stations, transport and delivery, and in the potential IPCEI project. infrastructure with the potential IPCEI Green Hydrogen @ Blue Danube project, decarbonisation of the steel industry, hydrogen production from renewable sources, etc. production of hydrogen from renewable sources, etc. Austria also participated in the HyLaw project, which identified and evaluated the main which identified and assessed the main regulatory barriers in order to prioritise measures to address them.

The PNEC does not include sectoral hydrogen targets, but more detailed sub-targets and strategies and measures. can be elaborated in the forthcoming hydrogen strategy document.

Two scenarios (high and low) for hydrogen demand in 2020-2030 have been developed, based on different levels of Ambition in relation to the national context. In the case of Austria, a significant development of hydrogen demand in transport is assumed, mainly for passenger cars, buses, trucks and trains, and to a limited extent in aviation (by means of hydrogen-based liquid fuels or power to liquid) and in inland navigation2

The annual cost of green hydrogen production (including the cost of dedicated renewable sources of electricity), for the The development of transport infrastructure (or retrofitting of existing infrastructure) and end-use applications, in the considered scenario. The scenarios amount to 350 and 1.1 billion euros, respectively. These activities generate added value in the Value added in the national economy, including through job creation in hydrogen production, construction and exploitation. Technologies and contribute to the reduction of greenhouse gas emissions.

In Austria there are currently 5 hydrogen fuelling stations open to the public.

January 27, 2022. The H2 Mobility Austria consortium - an association of eleven Austrian companies - wants to put some 2,000 hydrogen trucks on the roads of the Alpine Republic by 2030, which should bring in a total of 475 million euros of added value to Austria.

Through the consortium, the partners commissioned the consulting firm Deloitte to prepare a study on hydrogen mobility focused on trucks, the results of which have now been presented. Deloitte has calculated a savings potential of 70 million liters of diesel for the 2,000 hydrogen trucks.

How is hydrogen refueling done in austria?