Hydrogen Stations in costa-rica in

Hydrogen Stations in costa-rica in 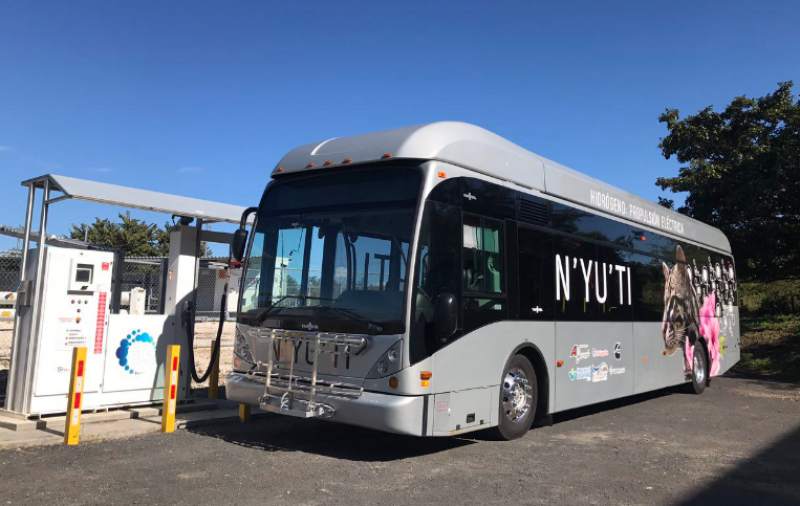 Demand for hydrogen has increased threefold since 1975. Today, the world's supply is produced almost entirely from fossil fuels. Six per cent of all global natural gas and two per cent of all global coal is used to produce industrial hydrogen. As a result, the production of hydrogen is responsible for the emission of around 830 million tonnes of carbon dioxide per year, equivalent to the CO2 emissions of the UK and France combined. This is a huge impact on humanity.

It is in Costa Rica's interest to get into hydrogen production because of the size of the business, but green hydrogen. Produced by hydroelectric energy. This is a consequence of our state policy of caring for and protecting the environment. Research by the global natural resources consultancy Wood Mackenzie predicts that the production of green hydrogen will be able to compete with hydrogen produced from fossil fuels by 2030. In our case, that reality could be shortened if we were able to reduce renewable energy prices to around US $30 per megawatt hour (MWh).

If we examine the production capacity of some of the hydroelectric plants and their projected potential: Reventazón 573.8 GWh. (capacity to grow to 60.0 GWh); Angostura 674.0 GWh; Arenal 763.6 GWh; Cachi 513.1 GWh. Total 2,584.5 GWh. In the case of DIKIS it is projected at 3,000 GWh. It is important to note that the current generation volume of these plants is approximately 55% of their installed capacity.

Increasing capacity by means of reservoir levels to achieve a more efficient level would allow us to improve the percentage of installed capacity utilisation by an additional 20%. In the best case scenario we could use that 20% of installed capacity, or 516.9 GWh to produce Green Hydrogen, which would represent 574.62 million mt, worth $2,873 million per year. Enough money to pay for the re-engineering to increase the capacity levels of the hydroelectric plants, the investment to optimise the high-voltage lines, the implementation of the Green Hydrogen processing plants and the hydrogen loading bays. As a point of reference, consider that in 2019, Costa Rica received some $4.5 billion in tourism revenues. The value of the exportable production of green hydrogen would be 50% of what tourism produces per year. Reiteramos con infraestructura casi toda construida y cancelada.

28 November 2017. The N'Yu'Ti could be the bus of the future. It is silent and non-polluting, as it runs on hydrogen. It has been presented in Costa Rica, where they have been working on the project for six years.

"Today is a historic milestone in Costa Rica. It is the entry into operation of the first bus that uses hydrogen as fuel (...) An occasion on which Costa Rica reaffirms its will to move towards zero carbon", said the President of Costa Rica, Luis Guillermo Solís, during the ceremony.

N'Yu'Ti, the name with which the bus has been baptised, means 'star' in the indigenous Choroteca language. It seats 35 passengers and can travel more than 300 kilometres on 39 kilograms of compressed hydrogen. The project has been developed by the Costa Rican company Ad Astra Rocket, owned by Franklin Chang, a former NASA astronaut, with the collaboration of the state and the private sector.

How to refuel hydrogen in costa-rica