Hydrogen Stations in south-korea in

Hydrogen Stations in south-korea in 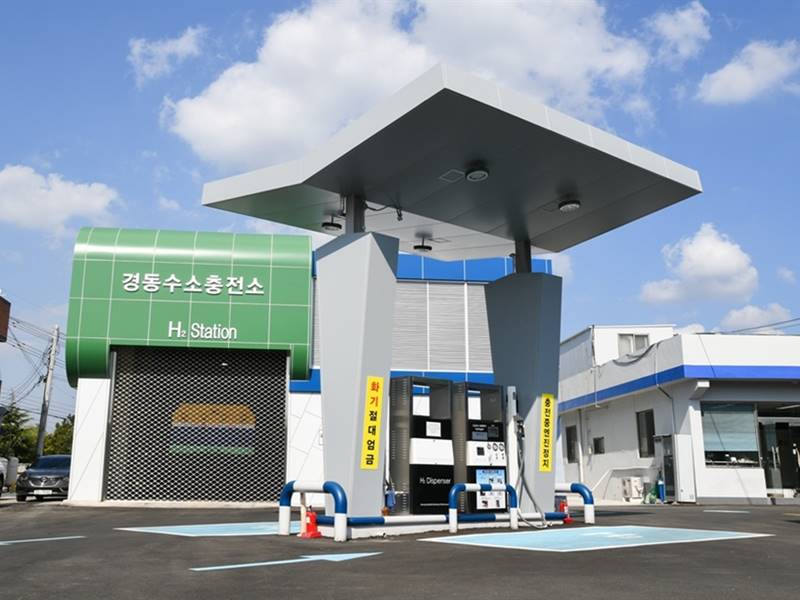 As the world increasingly seeks renewable energy sources to address climate change, South Korea aims to become a leader in the development of hydrogen as an alternative energy source. By developing an ecosystem for a hydrogen economy, South Korea is focusing on increasing the production and use of hydrogen vehicles, establishing an ecosystem for the production and distribution of hydrogen and related technologies, and expanding fuel cell production. The government's vision is backed by key industrial companies, most notably Hyundai Motors Group, which plans to invest 7.6 trillion won ($6.7 billion) under its "FCEV Vision 2030" and is part of the HyNet consortium to build 100 new hydrogen refueling stations in South Korea by 2022. If South Korea's vision is successful, it expects hydrogen to account for 5% of its projected energy consumption by 2040, grow its economy by 43 trillion won, create 420,000 new jobs and significantly reduce both fine dust and greenhouse gas emissions.

In 2019, South Korea released a roadmap to promote a hydrogen-based economy that focuses on the transportation sector, decarbonization of industry and buildings, and management of hydrogen production and distribution. The roadmap and subsequent legislation passed by the National Assembly are designed to provide targets, outlines for industry support and a legal basis for South Korea's efforts to pursue the development of hydrogen as a fuel source.

The roadmap places heavy emphasis on the transportation sector. Despite efforts to reduce greenhouse gas emissions, combustion-engine vehicles continue to dominate the global market. Global sales of electric vehicles, the main alternative to the combustion engine, only amounted to 2.1 million units in 2018 and just 2.2% of all vehicles sold (Hertzke 2019). Hydrogen vehicles represent a much smaller share of the market, with sales of only about 7500 vehicles in 2019 (Kane 2020a). However, the South Korean government estimates that if just 10% of the global automotive market switches to hydrogen, the new hydrogen vehicle market would be worth about $125 billion.

South Korea's roadmap calls for expanding the number of refueling stations from the current 34 to 310 by 2022 and to 1,200 by 2040 (Kang 2020a). South Korea plans to provide subsidies and reduce regulations to encourage the construction of new filling stations to facilitate this expansion. According to the government's roadmap, there would be different types of subsidies for different types of facilities. In urban areas, the Ministry of Environment would subsidize 50% of the installation cost per station up to 1.5 billion won, while the Ministry of Land, Infrastructure and Transport would provide 750 million won per station on highways.

The government aims to put 2.83 million emission-free cars on its roads by 2025 and increase to 7.85 million by 2030. It has also set a target of making all its cars carbon neutral by 2050. This year, the government will mandate all public vehicle purchases to be environmentally friendly to help achieve this target. Private buyers can be encouraged through financial incentives.

How to refuel hydrogen in south-korea