stations in australia with

Hydrogen Stations in australia in

Hydrogen Stations in australia in 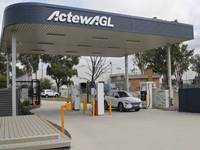 This is an opportunity for Australia to become a world leader in new technologies. This view is shared by other leading national organisations: Hydrogen Mobility Australia and the Australian Association for Hydrogen Energy. The natural independence of long-haul vehicles makes Australia an ideal environment to demonstrate the viability of hydrogen powered trucks. Hydrogen powered trucks, and insulation, make us the biggest beneficiaries of sustainable and, more importantly, safe domestic fuel sources that limit dependence on imported diesel.

In Australia there are currently 3 refuelling stations supplying hydrogen for sale to the public, although prior contact is required.

July 30, 2021. Green hydrogen, or H2 as it is known, is a cleaner fuel that is produced from renewable electricity from the sun and wind and generated from water. It is an alternative when electrification is not possible and an effective way to reduce polluting gas emissions and mitigate the adverse effects of climate change.

It is said to be an inexhaustible compound, which can be used as clean, universal and inexhaustible energy, it is found in various chemical compounds. Hence its importance and why many governments want to be pioneers in the production and creation of this element as a complement to hydrocarbons.

How is hydrogen refueling done in australia?