HVO 100 Stations in China in

HVO 100 Stations in China in 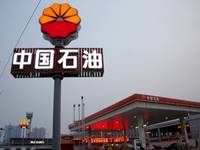 Although the Chinese government has set ambitious targets to increase annual production of HVO, renewable diesel, it is highly unlikely that these targets published in the country's 13th five-year plan will be met. Unlike other forms of renewable energy, no exact HVO100 production targets have been set.

The Sinopec-developed HVO100 was used in a demonstration in 2013 and in February 2014, the Civil Aviation Administration of China (CAAC) awarded the first biofuel certificate to the product of the HVO100 facility in Hangzhou, southeast China, with a production capacity of 6,000 tonnes of HVO100 per year from used cooking oil. Sinopec also built a fossil diesel HVO blending facility within its Zhenhai refinery.

However, there is no data on the availability of HVO100 at the country's filling stations, and it is one of the alternatives for road transport that is receiving the most attention from the Chinese government.

In China, the possibility of acquiring HVO is only possible for private fleets and the offer in service stations open to the public is limited throughout the country.

Map of Stations with HVO in China

News about stations with HVO in China

How to refuel HVO in China