HVO 100 Stations in Czech Republic in

HVO 100 Stations in Czech Republic in 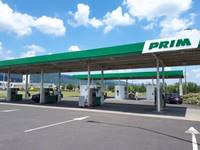 At present, in the context of the 6% CO2 emission reduction target in the Czech Republic, there is a growing interest in biofuels with the lowest possible carbon footprint and in this context the trend to increase the share of renewable sources in transport, which includes HVO, it is necessary to use these components.

Diesel fuels containing HVO are already used in the Czech Republic. HVO is supplied to the Czech Republic by import or already in a blend as a finished diesel fuel according to EN 590, e.g. diesel with 30% HVO or with the addition of synthetic HVO, the quality of which sold at petrol stations is checked by the Czech Trade Inspection Authority .

In the Czech Republic the possibility of purchasing HVO is only possible by filling up at filling stations but the sale is limited to blends with a percentage of HVO in diesel, and not as pure HVO or HVO100.

Map of Stations with HVO in Czech Republic

News about stations with HVO in Czech Republic

February 23, 2022. Starting in February, Čepro launches the sale of two new products: diesel with 15% HVO (with the trade name Diesel Optimal Pro) for wholesale customers and fuel with CO2-free certificate for wholesale and card customers.

The use of diesel with a 15% HVO blend is based on Scandinavian inspiration. A similar product has been offered here for almost ten years. The analyzes carried out confirm that the use of 15% HVO reduces fuel consumption by up to 5%, increases engine power and torque by up to 4% compared to conventional diesel, and extends the useful life of the fuel and of the engine oil. It also improves engine performance and reliability in cold weather, reduces engine noise and produces up to 20% fewer greenhouse gas emissions, as well as fewer nitrogen, particulate matter and hydrocarbon emissions.

How to refuel HVO in Czech Republic