HVO 100 Stations in Netherlands in

HVO 100 Stations in Netherlands in 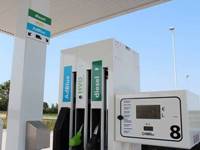 The Dutch government has recently implemented the Renewable Energy Directive II (RED II) with which the EU aims to halt the growth of biofuels from food and feed and phase out biofuels from palm oil, due to the ecological impact of their production. Instead, the increase in renewable energy in transport should come from advanced (bio)fuels, which can be produced from the feedstocks listed in Annex IX of the RED II.

The use of HVO in the fossil diesel blend is very common, having one of the highest utilisation rates in the world with consumption targets of up to 16% of renewable energy used for transport. With this, the investment in a network of filling stations has been important in the country, achieving a large implantation.

In the Netherlands there are 131 filling stations offering HVO100 for sale to the public with an even higher number of refuelling points offering other grades of blending with traditional diesel such as HVO50 or HVO20.

Map of Stations with HVO in Netherlands

News about stations with HVO in Netherlands

April 25, 2022. Shell has started offering HVO at thirteen selected service stations in the Netherlands. The company is also exploring the possibility of offering the fuel at various locations in its truck service station network in the future.

Initially, it is a selection of gas stations spread across the Netherlands, says a spokesman. These "B2B locations" are located in strategic positions through which a lot of freight traffic passes. "The stations have been selected so that we have the greatest possible coverage. Over time we want to expand the number of stations."

How to refuel HVO in Netherlands