HVO 100 Stations in Portugal in

HVO 100 Stations in Portugal in 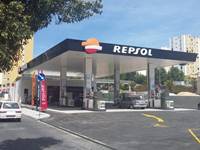 Sustainability has been fully implemented in Portugal since 1 January 2015, when the mandatory pre-registration of HVO producers, among others, was introduced. mandatory registration of HVO producers, among others, still allows some protection against foreign competition in the Portuguese market. Portugal transposed the Renewable Energy Directive 2009/28/EC (RED I) and has fully implemented it since January 2015. January 2015. RED I set a 10% renewable energy target for total energy use in transport by 2020. On Portugal, the targets are not specific to HVO, but there is an overall consumption mandate based on biofuel energy.

Portugal manages biofuel targets and sustainability compliance through a Biofuels Allocation System. The National Laboratory of Energy and Geology (LNEG) monitors sustainability compliance, while the National Fuel Market Entity (Entidade Nacional do Mercado de Combustíveis) monitors sustainability compliance. the National Fuel Market Entity (ENSE) verifies compliance with HVO blending targets in conventional diesel. Biofuel Allowances (BFR) are issued to the different obligated companies accordingly. One Toe is equivalent to one tonne of commercial oil oil equivalent (Toe) traded. According to Implementing Regulation 301/2011, fines of €2,000 are imposed for each TdB that is 2,000 imposed for each Toe that the obligor fails to comply with.

Portuguese advanced biofuels production capacity is concentrated in the co-processing of HVO, which was initiated in 2017 by oil company GALP at its Sines facility. The annual capacity of this plant is 50 million litres and virtually all HVO is produced from palm oil. Given its robust paper industry and the fact that the country has 3.3 million hectares of forested land, covering 35% of the country's territory. covering 35% of the country's territory, offer future opportunities for biofuels. Also, given the large area of tree crops in Portugal, there are opportunities in the use of pruning residues as feedstock for biofuel production. as feedstock for the production of liquid biofuels.

In Portugal, HVO can be used as a fuel in the blend used with conventional diesel, although there are certain private fleets that already use HVO100, although no service station offers it to the public yet.

Map of Stations with HVO in Portugal

News about stations with HVO in Portugal

August 11, 2021. The blend of hydrotreated vegetable oil (HVO) in Portugal reached a new high in June, after record imports of this biofuel in May and a new record in the prices of the national biodiesel of methyl esters (FAME).

Some 16,973 tonnes of oil equivalent (toe) of HVO were blended with highway fuels in June. This represents an increase of 66% compared to May, and more than five times more than in the same month of 2019, according to the Portuguese fuel regulator, Ense. HVO blends dwarfed the 670 toe recorded in June 2020, when Galp, the sole producer of this fuel in Portugal, was restarting its refineries in stages following falling fuel demand.

How to refuel HVO in Portugal