HVO 100 Stations in Canada in

HVO 100 Stations in Canada in 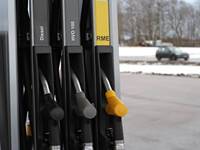 In late 2018, Environment and Climate Change Canada (ECCC) released a long-awaited document to create a regulatory framework for Canada's Clean Fuel Standard (CFS) that began to account for the amount of blended renewable diesel, HVO, in fossil diesel. The provinces and the federal government launched several initiatives aimed at stimulating technological innovation in different sectors, such as transportation, sales incentives for so-called zero emission vehicles (ZEVs) and Alberta has a grant programme to support on-farm producers of liquid biofuels.

Canada imports large volumes of renewable diesel derived from hydrogenation, HVO, but there is no specific commercial code for this product and the few companies code for this product and the few supplying companies do not share sales data. Sources report that renewable diesel has been labelled under different codes over time, including even biodiesel although its chemical characteristics are different. although their chemical characteristics are different.

In Canada there are a few filling stations already offering HVO100 for sale to the general public, while still a very limited network of filling stations, the prospect for growth seems clear.

Map of Stations with HVO in Canada

News about stations with HVO in Canada

August 25, 2021. ExxonMobil today announced that its majority-owned subsidiary, Imperial Oil Ltd., is moving forward with plans to produce renewable diesel at a new complex at its Strathcona refinery in Edmonton, Canada. When construction is complete, the refinery is expected to produce approximately 20,000 barrels per day of renewable diesel.

The complex will use locally grown plant-based feedstock and hydrogen with carbon capture and storage (CCS) as part of the manufacturing process.

How to refuel HVO in Canada