HVO 100 Stations in Japan in

HVO 100 Stations in Japan in 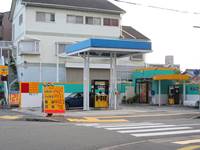 In the coming years it will be interesting to see whether all the planned HVO projects in Japan become reality. At the same time, however, there should be further announcements about planned HVO investments in the country. It is certainly a country to watch in the coming years, as waste-based feedstock resources remain huge and Japan has a strong ambition to increase its share of the global biofuels market.

HVO100 supply to refuelling stations, however, will depend largely on how quickly Japan's new plants can reach full or near-full production capacity. HVO units, due to relatively high CAPEX costs, need to utilise the full production capabilities of the plant to be profitable.

In light of new legislation in the country, which puts more pressure on greenhouse gas emission savings from biofuels, HVO producers will be forced to incorporate a higher percentage of residues in their feedstock to be competitive.

In Japan, the possibility of purchasing HVO is only possible for private fleets and the supply at public service stations is very difficult to contract.

Map of Stations with HVO in Japan

News about stations with HVO in Japan

June 9, 2021. Neste and ITOCHU Corporation have announced that they are joining forces to supply HVO, Renewable Diesel, to the Japanese market. In this collaboration, ITOCHU Corporation will be the first company in Japan to sell and distribute renewable diesel from Neste.

How to refuel HVO in Japan