stations in japan with

ethanol Stations in japan in 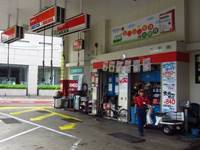 For Japan it has traditionally been a problem to feed its 200 million citizens, given the scarcity of agricultural land in the country, and therefore E85 Ethanol has never been taken as an alternative for mobility.

However, emission neutrality targets for 2050 are starting to spark interest in using imported ethanol to reduce emissions.

So the project to use ethanol in petrol is well underway and the use of renewable fuels is likely to become a reality in the near term.

However, it does not seem very logical to think that the supply network of e85 ethanol in Japan will grow too much, although most Japanese manufacturers already provide vehicles without problems to use E15 ethanol and in some countries even for E85.

News about Ethanol Service Stations in the japan

Japan's strategic energy plan is being reviewed in 2021, and policies are also being developed to bring the country to carbon neutrality by 2050. Direct ethanol blending represents an immediate opportunity for Japan to further reduce emissions from transportation within the framework of these policies.

How to refuel ethanol in japan