stations in belgium with

ethanol Stations in belgium in 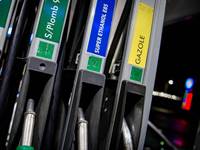 E85 Ethanol in Belgium is starting to be marketed due to the undeniable environmental and economic advantages it enjoys.

Ethanol E85 is a blend of gasoline (15%) and ethanol (85%) produced from vegetable source materials, also known as ethyl alcohol or alcohol, is a volatile, flammable, colourless liquid with the molecular formula C2H5OH. In Belgium, ethanol is also known as super-ethanol. Renewable ethanol" is produced from agricultural raw materials, such as cereals and sugar beet, as well as wastes and residues such as straw; "synthetic ethanol" is produced as a by-product of ethylene production using fossil-based raw materials.

Renewable ethanol is expected to play an important role in achieving Belgium's energy and climate targets up to 2030. One of the main factors limiting the potential contribution of renewable ethanol to the decarbonisation of the car fleet is the level of ethanol blending in petrol. One option to overcome this problem is the standardisation and use of mid-level ethanol blends in gasoline, such as an E20 grade that could use ethanol (up to 20% by volume) and/or other oxygenates (such as ETBE). Work over the last five years has shown that higher blends are a valid option for ethanol blending in gasoline.

A new EU report underlines Europe's continued dependence on fossil fuels for transport and confirms the importance of plant-based biofuels as a renewable energy source that can easily replace them.

In Belgium, there are projects for the construction of filling stations offering ethanol, e85 or e100 supply.

News about Ethanol Service Stations in the belgium

August 27, 2021. Superethanol or E85, a mixture of SP95 gasoline, ethanol and biofuel, will soon be recognized as an official fuel in Belgium. Marketed in France since 2007, this ecological and renewable fuel is exempt from taxes and is sold for around 0.7 euros.

Unfortunately, the FPS Finance, obviously not inspired by ecology, will tax you like gasoline. In total, the special taxes will represent around 0.6 euros per litre, which raises the price of this fuel to around 2.2 euros/litre. In addition, its use requires an additional electronic control unit that costs several hundred euros and represents an additional consumption of around 20%. Oil companies must invest in new reservoirs and pumps at service stations. Consequently, superethanol is already dead before it has been marketed in our country.

August 22, 2019. There will soon be more gas stations in Belgium that will be able to sell alternatives to conventional fuel - presented as a greener and cheaper option - after the energy authorities finalize a royal decree.

The decree will define the framework for Belgian gas stations to sell E85 bioethanol, a fuel made up of 85% biomass and 15% gasoline that could get drivers to fill up for about half the price of conventional gasoline.

How to refuel ethanol in belgium