stations in united-states with

ethanol Stations in united-states in 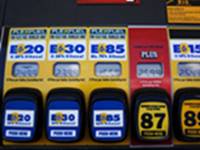 E85 is the most common form of flexible fuel available on the market. Because ethanol is based on corn, E85 gasoline is available in the Midwest region of the United States. It is less available in other regions, especially in New England and the Pacific Northwest. According to the US Department of Energy, there are 3,300 E85 filling stations available to the public in 42 states. Outside the United States, ethanol producers often use alternative crops. In Brazil, sugar cane is a major source of ethanol.

Research by the US Energy Information Administration shows that pure ethanol has a lower heating value than gasoline, making it difficult to start a car engine in cold weather areas. This cold starting difficulty is the reason why ethanol blends contain a fraction of gasoline. E85 gas can be used in any vehicle designated as a flex-fuel vehicle by the manufacturer. Flex-fuel vehicles can run on both ethanol-gasoline blends and regular gasoline.

In the United States, the government has attempted to encourage the production and sale of E85 through subsidies, particularly to corn producers in the Midwest. In 2016, installation of new ethanol infrastructure began in 20 states, thanks to a $210 million grant from the US Department of Agriculture. This new infrastructure will make E15 and E85 more readily available across the country.

In the United States, there are currently 3977 stations offering e85 ethanol for sale.

News about Ethanol Service Stations in the united-states

September 9, 2021. In an effort to reduce greenhouse gases that contribute to climate change, US Agriculture Secretary Tom Vilsack said Thursday that the Biden administration wants to power the nation's jets. and other planes powered by sustainable aviation fuel made from crops like corn and biomass like wood waste.

Vilsack, along with US Energy Secretary Jennifer Granholm and Transportation Secretary Pete Buttigieg, announced the initiative at a White House roundtable, setting a goal of producing 35 billion gallons of fuel from sustainable aviation to meet "100% of US aviation fuel demand by 2050."

The CEO of the Renewable Fuels Association, Geoff Cooper, who participated in the roundtable, said the initiative creates "an important new market opportunity for ethanol producers."

How to refuel ethanol in united-states