stations in australia with

ethanol Stations in australia in 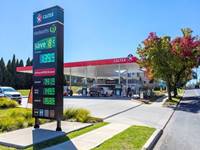 In Australia, E85 is uncommon compared to unleaded and premium unleaded alternatives, but is more readily available at certain United Petroleum service stations around the country.

One reason for E85's low popularity locally is the small number of vehicles available that can use it. According to industry body FCAI, the most recent vehicles sold in Australia that can run on E85 include Holden's flex-fuel Commodore VE Series II, the Saab 9-3 and 9-5 Biopower models, Chrysler's Sebring sedan and certain Dodge models. All of these models have been phased out, Saab no longer offers vehicles and Dodge is also no longer sold here.

It is possible for a car to have an aftermarket conversion to E85, however, in most cases the cost of the conversion, decreased fuel economy, limited availability of E85 and potential long-term impacts on engine longevity probably outweigh any benefits of the conversion. Nevertheless, the octane rating of E85 compares well even with premium 98 gasoline, meaning that E85 has found its niche as a racing fuel.

E85 offers certain environmental advantages over pure gasoline. The most important is that the ethanol component has lower net CO2 emissions, as the CO2 emitted when burned is largely offset by the CO2 absorbed during the growth of the crops from which it is produced. In addition, vehicles using E85 emit lower levels of carbon monoxide and nitrogen oxide, while the fact that ethanol can be produced from crops also alleviates the need to degrade the surrounding environment through drilling, as is the case with other fossil fuels.

News about Ethanol Service Stations in the australia

November 11, 2021. A 2-cylinder Toyota engine gets 472 hp with E85. The demonstration has come from the hand of an Australian trainer called Powertune Australia who has taken nothing more and nothing less than 472 HP of power from the compact propeller. How did you do it?

Well, although it may seem otherwise, the changes in the mechanics have been quite contained, being reduced to some adjustments in the valves and especially a new exhaust system, a larger turbo and intercooler and a fuel system that now accepts E85 fuel.

How to refuel ethanol in australia