stations in united-kingdom with

ethanol Stations in united-kingdom in 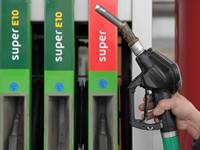 The sale of petrol with E10 ethanol (up to 10% ethanol in petrol) has been permitted in the UK since 2021, however the sale of fuels with higher ethanol content, such as e85 or e100, is only permitted to a limited extent. Ethanol E85 is a blend of gasoline (15%) and ethanol (85%) produced from vegetable source materials.

As more effort is put into maximising an engine to take advantage of the higher "octane rating" of E85, engines achieve greater power advantages.

E85 has a higher octane rating than regular petrol at 87 or premium petrol at 91-93. This allows it to be used in higher compression engines, which tend to produce more power per unit displacement than their petrol counterparts.

E85 ethanol is used in engines modified to accept higher concentrations of ethanol. FFVs are designed to run on any blend of petrol or ethanol up to 85%, while in countries where the climate is warmer, FFVs run on pure alcohol. The new flex-fuel vehicle models are adapted to run on e100 regardless of weather conditions.

In the UK, e85 is available for private use in bulk.

News about Ethanol Service Stations in the united-kingdom

January 4, 2022. The launch of E10 fuel in the UK in 2021, coupled with expectations of higher blending rates in 2022, is set to structurally change the fundamentals of ethanol supply and demand in the country. The UK - Europe's third largest consumer of ethanol - is expected to be the driving force behind ethanol demand in 2022, with consumption forecast to rise 34% year-on-year to 924 million litres, from 700 million litres. liters of 2021.

Rising demand amid relatively stable supply following the lifting of UK mobility restrictions caught the market by surprise in both 2020 and 2021, causing extreme volatility in both price movement and market structure, and highlighted the market's susceptibility to supply bottlenecks

How to refuel ethanol in united-kingdom