stations in france with

ethanol Stations in france in 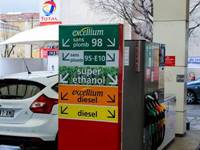 Consumption of E85 superethanol fuel continues to rise in France, while the network of service stations offering e85 ethanol continues to grow apace. Around 25% of the national network of service stations in France now dispense e85 fuel, according to figures released by the Bioethanol Collective, which represents industry players. The three regions with the highest rate of equipment are Occitanie (26%), Hauts-de-France (22%) and Provence-Alpes-Côte d'Azur (21%).

This improvement in territorial coverage makes it possible to better meet demand, as E85 consumption increased by 4%, or 350 million litres, while petrol and diesel consumption fell by 14% and 16% respectively, against a backdrop of reduced car traffic due to containment measures. This fuel, which sells for an average of 0.66 euros per litre thanks to its lower taxation, i.e. half that of SP95-E10, has several advantages to attract motorists. In addition to the savings achieved, E85 fuel contains 60-85% bioethanol, which is produced from the alcoholic fermentation of sugar and starch contained in sugar beet, wheat or corn. Produced mainly in France, with French farmers supplying 24% of European production, bioethanol reduces CO2 emissions by more than 40% over the product's entire life cycle.

In addition, E85 can be used in specific models known as Flex-Fuel, which can run on E85, SP95-E10, SP95 and SP98. But it is also possible to modify a petrol car by fitting it with an approved conversion device, which costs around 1,000 euros. And the success is there for both. On the manufacturer's side, in view of the success of the Kuga FlexiFuel E85, Ford has decided to expand its range of original flexi-E85 models with six new models to cover 85% of its customers, according to Louis-Carl Vignon, President of Ford France. Similarly, Jaguar-Land Rover is now offering three models from the second half of 2020. In addition, 15,000 E85 conversion units approved by authorised workshops were installed in France in 2020.

France is currently the European leader in E85, while Sweden was 15 years ago, but improvements are being studied to develop this fuel. For example, the Bioethanol Collective would like to see a decree published that would allow E85 kits to be fitted to models with more than 15 fiscal horsepower, as well as those equipped with particulate filters, which are the majority today, as the demand is there. The industry is also campaigning for the European Commission to take into account CO2 emissions throughout the entire production cycle and not just at the tailpipe, in order to balance the scales against electric cars. Finally, they want the CO2 emissions allowance to be taken into account when calculating the company car tax (CVT).

News about Ethanol Service Stations in the france

E85 or "E85" superethanol contains between 60% and 85% bioethanol. This fuel, launched in France in 2006, can be consumed by vehicles called "Flexfuel" (which can run on SP95, SP98, SP95-E10 or E85) or by cars equipped with E85 control units. Colectivo Bioetanol highlights that it is, by far, the cheapest fuel on the market due to its lower taxation, a key argument at a time when prices at the pump continue to rise: "twice cheaper than SP95-E10 [.. Sold at 0.75 euros per liter at the pump on average, it saves more than 500 euros per year for 13,000 km compared to SP95-E10 petrol and more than 800 euros per 20,000 km, in line with the average of the last five years", according to the Bioethanol Collective.

How to refuel ethanol in france