lng filling stations in united-kingdom at 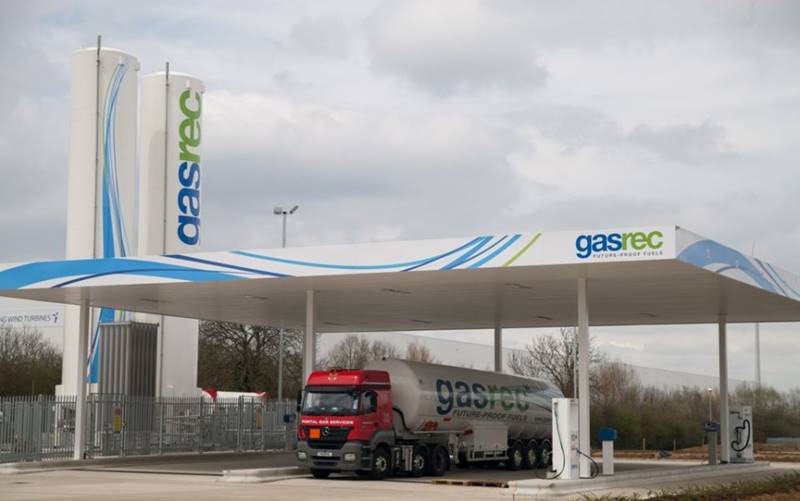 The existing infrastructure in the UK for refueling liquefied natural gas, or bio LNG, is relatively sparse and consists of a small number of public access stations or public access or shared access stations and a larger number of private stations on the base that are used only by one fleet operator. Operators tend to have a preference for liquefied preference for liquefied gas, depending on their location, operations and on their location, operations and routes, including and routes, including frequency of return to base, thus requiring their own infrastructure for LNG refueling.

LNG trucks are typically used for long-haul routes, as one tank load provides a range of about 500 km. a range of about 500 km. It is produced by taking natural gas to very low temperatures. very low temperatures (-162°C) until it becomes a cryogenic liquid. It can be contained in a tank tank under the chassis, like a diesel tank, but the tank is 10% larger than a diesel tank due to the tank because of the cryogenic skin. Thus, it provides the vehicle with vehicle without significantly compromising the payload. Suppliers who LNG suppliers that specialize in the supply of LNG deliver the gas in tanker trucks to their customers, or at public refueling stations. customers, or at public or shared-access refueling stations. Operators supply LNG as well as providing storage and dispensing equipment or sophisticated refueling stations for their customers to sophisticated refueling stations so that their customers can install their own on-site gas station on their premises.

Supply to refueling stations is by truck in the case of LNG. in the case of LNG. LNG refueling stations require an infrastructure for storage and refueling. storage and refueling infrastructure. When gaseous biofuels are used, the biogas is usually converted to biomethane that meets natural gas quality standards, allowing fossil LNG to be replaced by bio-LNG. by bio-LNG. In the future, renewable fuels of non-biological origin (gaseous e-fuels) could also be used. They could also be used.

News about LNG Filling Stations in the united kingdom

April 9, 2021. Gasrec, one of the UK's leading suppliers of gas-fueled commercial vehicle road fuel, has completed the acquisition of five Bio-LNG (liquefied natural gas) refueling stations and four cryogenic trailers, following the withdrawal of another supplier in the UK road transport market.

The five refueling stations - similar in size to the facility assembled by Gasrec at Gregory Distribution's Cullompton depot earlier this year - will now undergo refurbishment and upgrade work before being deployed as Gasrec facilities across the country, according to a press release.

How to fill up with LNG in united-kingdom

How does a lng Liquid Natural Gas truck work?

Why should you be interested in Liquid Natural Gas lng?