stations in czech-republic with

Hydrogen Stations in czech-republic in

Hydrogen Stations in czech-republic in 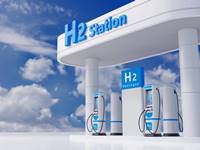 The first public hydrogen filling stations that will allow hydrogen cars to be refuelled with hydrogen will be built next year in Prague, Brno, Ostrava and Litvínov.

According to the ministry's plans, a total of 15 hydrogen stations will be operating in the Czech Republic by 2025. After another five years, their number should reach 80.

In the Czech Republic there are 2 hydrogen filling stations open to the public.

September 22, 2020. The Unipetrol Group and the Bonett Group will start up the first three public hydrogen stations in the Czech Republic next year.

The two companies have signed an agreement for the construction of the stations, which will start at the current facilities of the Benzina Orlen Group in Prague-Barrandov and Litvínov.

"I am pleased that, after an arduous process of preparation and a lot of documentation work, we can finally start the construction of the first three hydrogen filling stations in the Czech Republic," said Tomasz Wiatrak, Chairman of the Group Board of Management. Unipetrol.

How is hydrogen refueling done in czech-republic?