CNG filling stations in netherlands in 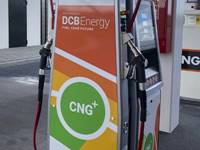 The number of Compressed Natural Gas (CNG) refuelling stations in the Netherlands has increased considerably and thus CNG can also be refuelled at an increasing number of locations.

In the near future the number of refuelling stations in the Netherlands where CNG can be refuelled will increase considerably. And so companies such as Total, Esso or Shell have announced their intention to build hundreds of CNG filling points in the next ten years in the Netherlands and in other European countries where the number of CNG stations should grow. These companies, like others, already see it as a realistic scenario that the Dutch CNG market will quadruple in the next ten years.

Serving as an example is Total's stated intention to build more than 200 new stations by 2026 as well as the announcement that the company believes CNG has a bright future as a fuel for various segments of road transport and wants to build a nationwide network.

The Netherlands government's focus is on the promise of Green Natural Gas, or Renewable Natural Gas, which will reduce total emissions to virtually zero.

Thus, there are currently 242 CNG refuelling stations open to the public in the Netherlands.

More than two decades after the introduction of the first automated service station in the Netherlands, the pioneering Tango now presents the service station of the future, in which sustainable fuels play a prominent role, with Natural Gas for Vehicles as a product. star.

This new gas station in Deventer is the testing ground for the service station of the future. The Tango company is changing its strategy. The fuel giant thinks that oil companies will not survive long-term on fossil fuels. Sustainability is the keyword. So Tango built the most progressive gas station next to the Scheg as a model for the future, and it is perhaps the most special in the Netherlands: you can refuel with any fuel (even frying fat)

How to refuel a CNG vehicle in netherlands