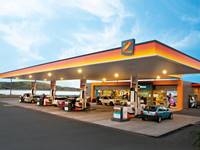 In early August 1979, the Minister of Energy announced a target of converting 150,000 vehicles to CNG by the end of 1985. This figure represented approximately 10% of the New Zealand car fleet. The announcement followed a general policy decision to encourage the use of CNG as alternative fuels to petrol.

By 1985, 100,000 CNG conversion kits had been installed in a fleet of 1.5 million vehicles, but when the Lange Labour government came to power in 1984, subsidies were removed and, along with the fall in oil prices, CNG was slowly squeezed out of the car market.

Since then the continued decline in its use meant that from 800 refuelling stations offering CNG in the mid-1980s, stations had virtually disappeared by 2000.

Today Compressed Natural Gas stations are reduced to private fleets with no CNG stations offering CNG for sale to the public.

The Big Four oil companies say they have reduced the number of CNG pumps due to declining demand. Caltex now has six pumps, up from 60 in the fuel's heyday of the 1980s, and Mobil says it only has "a few" left.

How to refuel a CNG vehicle in New Zealand