CNG filling stations in ireland at 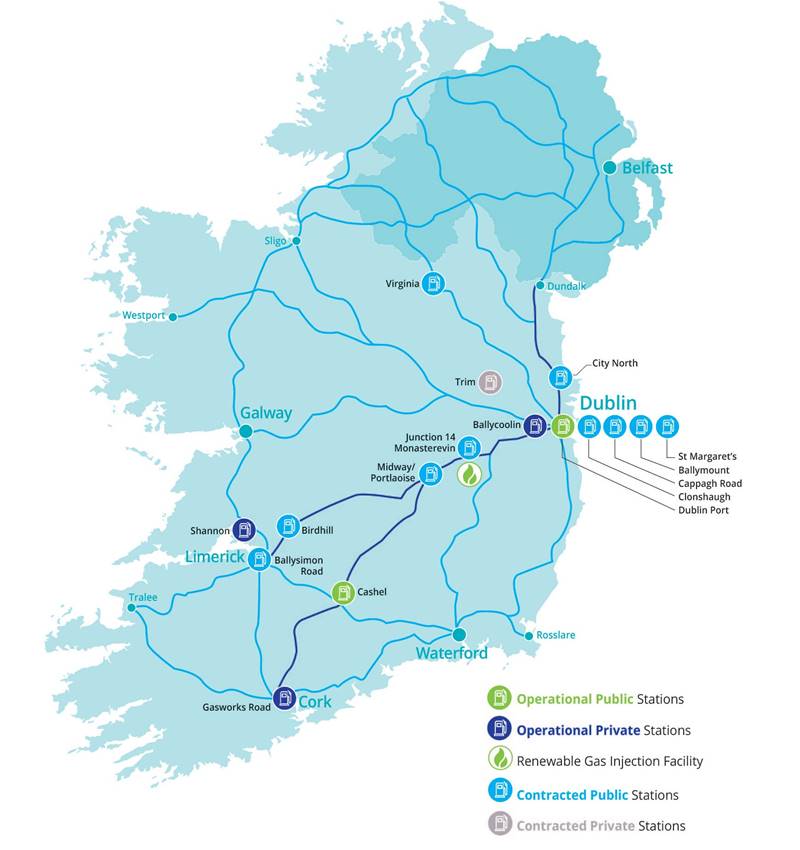 Solutions to Ireland's climate challenges will require the successful deployment of many new technologies. Gas Networks Ireland has already begun to invest in such technologies, both to facilitate the introduction of renewable gas into the gas grid and to secure CNG from the gas grid as a source of transport fuel. Supporting the decarbonisation of Ireland's commercial transport sector, one of the most challenging sectors to decarbonise, through the use of gas in transport is a key part of Gas Networks Ireland's vision.

Across Europe, renewable gas is being used to make transport more sustainable, as well as providing long-haul reliability and cost competitiveness. There are more than 28 million natural gas vehicles (NGVs) worldwide and almost two million in Europe. The number of CNG vehicles registered in Ireland has more than doubled in the last year. With the switch to CNG today and to renewable gas in the future, the national gas network will eventually power carbon neutral HDV transport.

The development of the CNG network through the Causeway study is supported by grants from the Connecting Europe Fund and the Natural Gas Innovation Fund approved by the Public Utilities Commission (PUC). The study is co-funded and conducted by the project partner, the National University of Ireland, Galway.

The Heavy Duty Vehicle (HDV) category deserves particular attention given the potentially large positive environmental impact of switching HDVs from traditional transport fuels to alternative fuels such as CNG and renewable gas. Although only 4% of vehicles on Irish roads are classified as off-road vehicles and buses, they account for 30% of all emissions in the road transport sector. Ultimately CNG provides a clear pathway for the use of carbon neutral renewable gas in the transport fuel mix. With Ireland's first dedicated entry point for renewable gas in Kildare now feeding biomethane into the grid, renewable gas is becoming a real option for fleet managers and hauliers in Ireland.

Gas Networks Ireland's Head of Commercial and Corporate Affairs, Ian O'Flynn, said, "We are on track to decarbonise the transport sector and renewable gas has a crucial role to play. CNG stations are directly connected to the national gas grid and CNG vehicles are future-proofed for renewable gas. Feeding renewable gas into the gas grid today enables carbon-neutral transport. By providing a network of CNG refuelling stations, we are supporting hauliers and fleet operators to sustainably transition to a carbon neutral fuel." 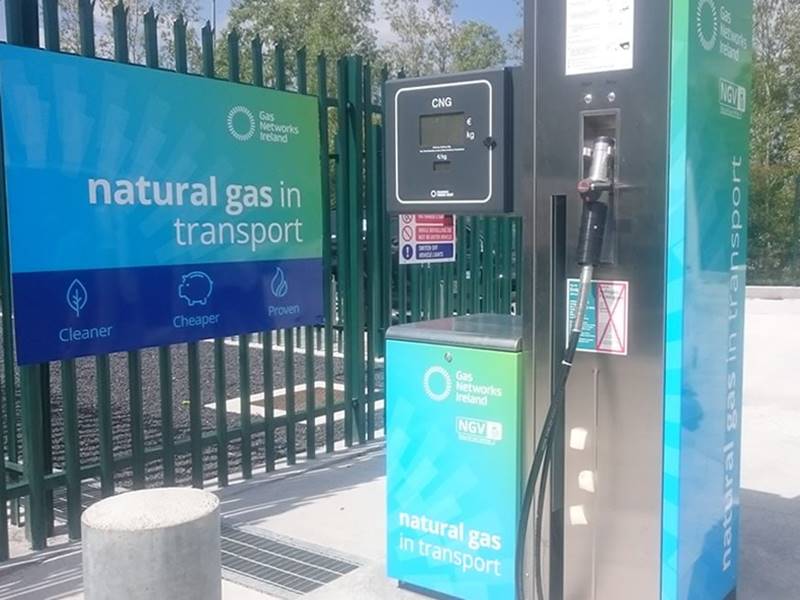 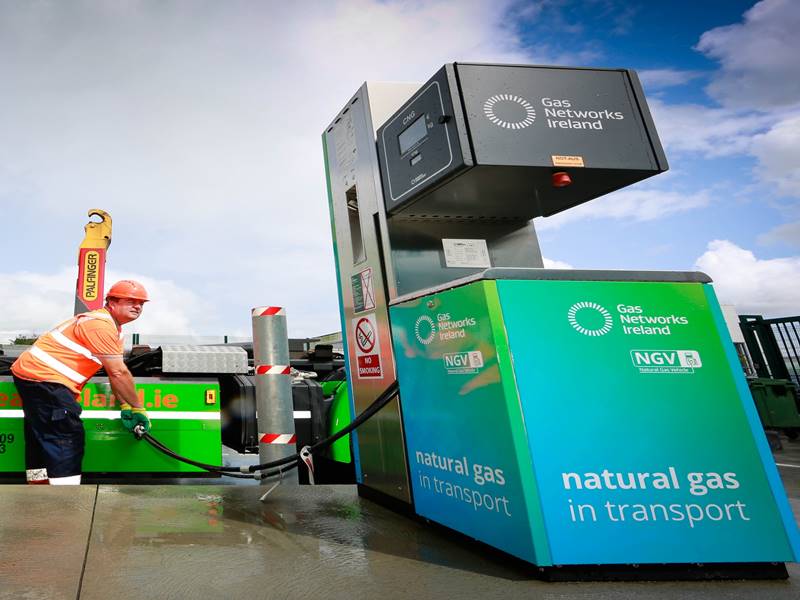