CNG filling stations in poland in 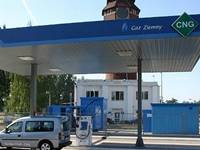 The growing market for CNG vehicles in Poland is a reality. According to PZPM data cited in the material, as of 31 March 2020 there were almost 3,000 natural gas cars registered in Poland and CNG fuel is becoming increasingly popular in this segment. Therefore, the Polish Oil and Gas Group of Companies (PGNiG) plans to build another 38 CNG stations.

Meanwhile, according to the Polish Alternative Fuels Association, in line with the assumptions adopted by the Government, included in the National Policy Framework for Alternative Fuels Infrastructure Development, the targets regarding the development of the natural gas market in transport are ambitious. By 2025, 70 CNG filling stations will be built in 32 Polish agglomerations. By 2025, 54,000 CNG cars will be on Polish roads.

The amendment to the excise tax law, signed by President Andrzej Duda in August, will facilitate this. It means that CNG gas destined for vehicles' internal combustion engines will be subject to a zero excise duty rate.

As a result of this law, the General Directorate of National Roads and Motorways (GDDKiA) presented a "Plan for the location of compressed natural gas refuelling stations". The plan was accompanied by the results of consultations with gas distribution network operators. The plan includes about 200 locations where CNG (compressed natural gas) refuelling points could be installed.

Thus, there are currently 24 CNG refuelling stations open to the public in Poland, with several dozen more in the pipeline.

The first CNG distribution station in Łódź is being built in the car park at the intersection of Zamiejska and Pienista streets. The investment is supervised by PGNiGE and Polska Spółka Gazownictwa. The choice of place is not accidental. The vicinity of the municipal waste classification plant means that the Municipal Cleaning Company has had a say in the choice of this location.

"We reached an agreement with the investor and managed to find such a location," says Paweł Jankiewicz, Vice President of MPO. - We have just received new ecological garbage trucks that work with this gas and it will be easier for us to refuel in this place.

How to refuel a CNG vehicle in poland