stations in poland with

Hydrogen Stations in poland in

Hydrogen Stations in poland in 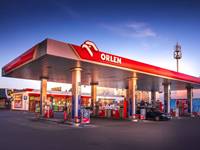 It is recommended that hydrogen technology be developed in road road transport in EU countries, inter alia, in the Directive of the European Parliament European Parliament and of the Council 2014/94/EU of 22 October 2014. October 2014. Pursuant to the provisions of this Directive, it is recommended that EU countries should progressively ensure the accessibility of hydrogen cars in their territories within their territories and, in particular, to ensure the possibility to drive hydrogen vehicles between Member States. Member States

As a result of the study, a National Plan has already been drawn up for the installation of hydrogen supply at the first filling stations, taking into account in particular the freedom of hydrogen-powered cars visiting Poland and driving in Poland. visiting Poland and transiting through our country among other EU other EU countries. The first phase of the project includes the installation of hydrogen supply at filling stations in Poznan, Warsaw, Bialystok, Szczecin, Lodz, Wroclaw, Katowice Region and Krakow.

In Poland there are 2 hydrogen filling stations open to the public.

May 6, 2021. PKN ORLEN has announced that it has started the selection process for a contractor to build its first hydrogen refueling stations in Poland. They will be located at existing ORLEN filling stations in Poznań and Katowice, with both refueling points serving buses and passenger cars, according to a company press release.

The locations of the service stations were selected as a result of agreements reached with local governments interested in developing zero-emission public transport. Public transport vehicles will refuel at a pressure of 350 bars, and passenger cars at 700 bars. Demand at each location is estimated to be between 450kg and 600kg of hydrogen per day, depending on the size of the bus fleet.

How is hydrogen refueling done in poland?