LPG price in Hungary in 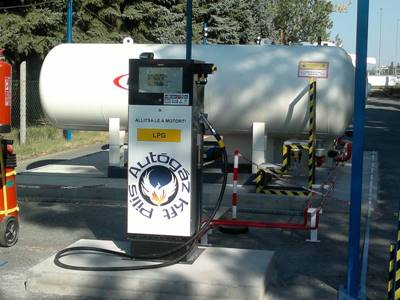 At the beginning of the 21st century, it became clear how difficult it was to meet energy demand in Hungary using fossil fuels. Now that all government institutions in the country are looking for alternatives, the use of LPG as an alternative automotive fuel offers a number of advantages, including economic savings and the possibility of being more environmentally friendly than traditional fuels.

The vehicle fleet on Hungarian roads consists almost without exception of internal combustion engine vehicles, an advantage of using LPG is that these vehicles do not need to be converted and it is very easy to adapt petrol engines to run on LPG.

Vehicles and their technologies are of course constantly evolving, but the possibilities are limited. There are two ways to use LPG in your vehicle: purchasing and installing equipment to retrofit an existing vehicle, or purchasing a new vehicle with an LPG system already fitted. The decision will depend on the condition of the existing vehicle and the needs of the owner.

In any case, the payback period for installing equipment in an existing car is very short, as the price of LPG in Hungary is much cheaper than that of other traditional fuels.

The average price of LPG Autogas in Hungary in

The average price of LPG Autogas in Hungary in is

August 10, 2022. The drastic increase in excise duties introduced by the Orbán government in 2012 made it unaffordable to drive on gas in Hungary in recent years, but the price of gasoline has risen again, so liquefied gas , or LPG, is a viable alternative, with a lower price. Compared to the market price of gasoline, which is around 700 ft, LPG costs between 340 and 390 ft per liter, which can mean very significant savings for every 100 kilometers after modifying the car. In addition, there is no need to give up the petrol "mode" either, since the two systems can be used together.