LPG price in Japan in 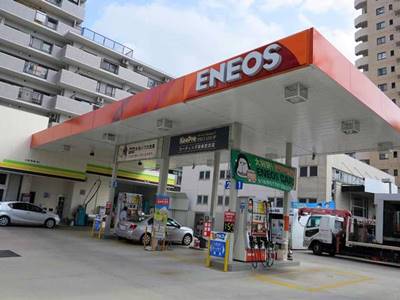 In recent years, Japan's policy reorientation towards the use of renewable energy, including Bio LPG, as the main energy source has been realised as in the "Strategic Energy Plan" or the "Long-Term Strategy under the Paris Agreement" issued by the Japanese government (hereinafter referred to as "the GOJ"). In order to realise a decarbonised society, it is also necessary to effectively utilise existing energy sources while promoting renewable energy policy

It is an undeniable fact that LPG is a fuel that provides excellent environmental and economic performance, and has an important role as a "last resort in case of emergency". The exceptional and advantageous benefits of LPG have been well demonstrated in the past in disasters such as the Great East Japan Earthquake in 2011. Moreover, LPG has already established itself in the Japanese market as a cheap and easy-to-use alternative. In addition, there is a reliable and strong supply network throughout Japan. Therefore, it can be said that LPG is comparatively superior to other energy sources from the perspective of Japanese energy security.

This view highlighted for the Government of Japan the importance for LPG operators not only to pursue "quantity (sales volumes of sales)", but also to seek improvement of "quality" (such as contribution to environmental policy) in order to contribute to the achievement of a sustainable society and to strengthen our disaster response capability. In doing so, it underlined the critical responsibilities and pride of the LPG sector and industry players, and enabled the industry to pursue a sustainable society in which LPG is a clear choice, not only from an environmental but also from an economic point of view.

As in so many other countries LPG, even more so BioLPG, is understood as the transport alternative with the best price in Japan and ease of use.

The average price of LPG Autogas in Japan in

The average price of LPG Autogas in Japan in is

October 20, 2021. Japan's top five LPG importers aim to introduce 30,000 mt/year of carbon-free LPG by the early 2030s, at a price competitive with current LPG, and replace their supply with "Green LPG" to meet all LPG demand by 2050 under a newly formed consortium, senior executives said on October 20.+ The move comes as major importers have recognized the need to develop carbon-free LPG, as the Japanese government estimates that 60% of current LPG consumption will remain in 2050 due to its need for various uses in industry, as well as raw materials for chemical use, the executives said.