LPG price in Poland in 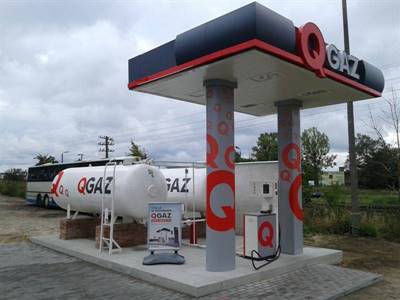 LPG (liquefied petroleum gas) is a liquid gas. It is mainly obtained from the refining of crude oil refining, as the lighter fraction of crude oil. In Europe, however, most of the gas is obtained in the separation process during the extraction of natural gas from the so-called wet gas fields located in the North Sea. In Poland, propane and a mixture of propane and butane are used commercially. However, the most common is a mixture of propane and butane (autogas).

Fuel in the form of LPG is currently the main alternative fuel commonly used to power vehicles. In Poland, the emergence of a widely available LPG market dates back to the 1990s. The end of the 20th century and the beginning of the 21st century witnessed a dynamic development of the LPG market. Since 2005, a stabilisation of LPG sales and the number of vehicles adapted to run on LPG has been observed.

Choosing an alternative fuel source seems to be a safe solution and in Poland, the most popular alternative fuel is LPG. Although this fuel has also seen increases, these are not as drastic as in the case of traditional fuels. On average, LPG sales at filling stations in Poland are gradually increasing compared to the previous year.

Being fully accepted by the market in Poland, the price of Autogas in Poland is very competitive while maintaining significant savings compared to other fuels.

The average price of LPG Autogas in Poland in

The average price of LPG Autogas in Poland in is

May 25, 2022. The market situation is not conducive to the purchase of vehicles, much less for their use on longer routes. When looking for solutions, it is worth considering alternative methods of boosting car engines. LPG is one of the most common. One solution appears to be choosing a different power source. In Poland, LPG is a popular alternative fuel that, although it has been subject to increases, are not as high as for diesel or gasoline. Currently, a liter of this fuel costs PLN 3.69 (in February the price was around PLN 2.74). This is almost two times less than that of diesel fuel.