LPG price in USA in 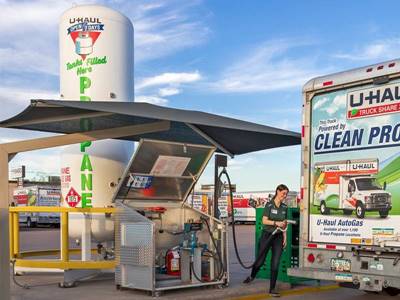 One of the major developments related to the Shale Gas revolution in the United States that has attracted little attention from market analysts is the sharp expansion of U.S. liquefied petroleum gas (LPG) exports. The substantial increase in domestic supply has not only caused U.S. LPG imports to decline, but the United States has become one of the world's largest LPG exporters and, according to the EIA, U.S. LPG exports are expected to persist well into the next decade.

The sharp increase in U.S. LPG exports has broad implications for global LPG market dynamics and trade flows. First, as Asian consumers increase their purchase of U.S. LPG in an attempt to to diversify their sources of supply and access cheaper LPG, and second, LPG prices and the existing pricing mechanism may come under pressure from intense competition from U.S. supplies, even though U.S. data on LPG prices and the existing pricing mechanism may be under pressure. competition from U.S. supplies although price data show no clear trend and prices are highly cyclical.

While traditional sources of propane demand, such as rural home heating and agriculture, do not appear likely to increase in the United States, its use in transportation where it was already present is expected to increase due to its competitive price. Propane has traditionally been used as a fuel for forklifts, buses, trucks and other light commercial vehicles and is being studied for use in municipal utilities and similar applications. in municipal utilities and similar applications.

The average price of LPG Autogas in USA in

The average price of LPG Autogas in USA in is

January 5, 2022. US LPG exports to Asia-Pacific are expected to continue to grow in 2022, as strong petrochemical demand in the region bolsters the sector's purchase of US feedstocks, particularly propane, while increasing domestic production.

U.S. Gulf Coast fob propane prices reached a $189/mt discount to Japanese delivered prices in the Argus Far East index on Nov. 17, 2021, the largest discount since late January 2021, when concerns about heating oil supplies in parts of Asia pushed up delivered propane prices. The wide spread in mid-November followed strong pre-buying of LPG cargoes in anticipation of winter demand in Asia-Pacific earlier in the month, even as U.S. buying interest waned late in the fourth quarter.