LPG price in Ireland in 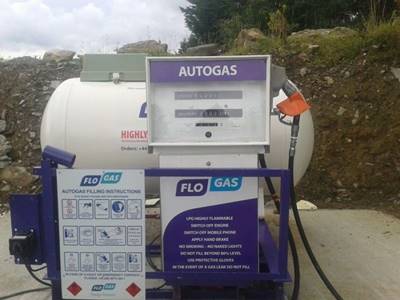 LPG and BioLPG will play a key role in Ireland's energy transition by providing communities and businesses with a mobility alternative to traditional carbon-intensive fuels, at a competitive price without driving up transport costs.

Being responsible for 20% of Irish emissions and being the third largest emitting sector, transport will play an important role in Ireland's national decarbonisation agenda, with the ambition stated in Ireland's draft NECP to decarbonise the national car fleet by 2050 and to increase the use of alternative fuels in the transport sector, increasing the importance of the Government's National Policy Framework on Alternative Fuels Infrastructure for transport in Ireland, which outlines a long-term vision for the sector.

The fact that LPG is priced significantly lower than other transport alternatives and does not require a large investment to be used in vehicles means that economically speaking, it will be unrivalled in the near future if mass decarbonisation is to be achieved.

The price of LPG in Ireland is around half the price of petrol or diesel, making it an economical and environmentally friendly alternative in equal measure.

The average price of LPG Autogas in Ireland in

The average price of LPG Autogas in Ireland in is

March 13, 2022. A parish priest who bought an LPG (Liquefied Petroleum Gas) powered car just two months ago is now counting on its blessings rather than costs as fuel prices soar. The €1 per liter of fuel in his 1998 BMW converted to use autogas is saving father Paul Byrne big at the pump. The car needs gasoline to start, but once it warms up, the engine converts to LPG as its main fuel source. Father Byrne, from Termonfeckin, Co Louth, believes that motorists' interest in LPG will increase now due to the huge increase in oil, diesel and petrol prices.