LPG price in Italy in 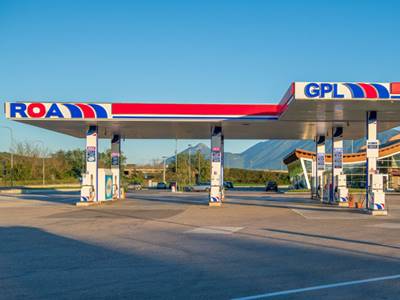 Average LPG prices in Italy move in line with the Brent price trend, influenced by several causes: the Covid19 pandemic, demand, supply... Consequently, consumer prices also vary according to these causes, influenced by: the decline of the industrial component, the tax component or other causes.

The wide diffusion of LPG for autotraction in Italy has given further impetus to the implementation of standards and limits for access to urban centres throughout the country; limits that do not affect LPG vehicles due to their high environmental compatibility and low emissions. Italy plays an important role both within the European Union in terms of the spread of LPG vehicles, placing it among the top ten countries with the greatest diffusion of gas vehicles. Research conducted by the Osservatorio Veicoli Aziendali, in which the mobility managers of leading Italian companies participated in a market study, confirmed the main strengths of these vehicles.

According to the fleet managers interviewed, maintenance and fuel savings and environmental protection are the motivations behind the introduction of these vehicles in company fleets.

This is why the economic savings from the use of LPG vehicles in Italy are so widespread in the country, thanks to the low price of LPG compared to other alternatives.

The average price of LPG Autogas in Italy in

The average price of LPG Autogas in Italy in is

July 15, 2022. The Italian government wants to lower fuel prices also in August. At the UNEM assembly, the Minister of Economic Development, Giorgetti, spoke of a new intervention on special taxes on LPG "We are studying a new extension of the discount, because the dynamics of fuel prices unfortunately continue to be on the rise", are the words of the Minister of Economic Development, Giancarlo Giorgetti, who then recalls the soul of the current provision: it is a reduction of 10 cents on LPG.