Hydrogen Stations in denmark in

Hydrogen Stations in denmark in 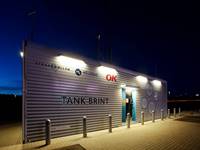 Nearly 10 years ago, the city of Copenhagen signed a contract with Hyundai to supply 15 ix35 FCEV hydrogen cars, which can still be seen in the Copenhagen cityscape. Most of Toyota's hydrogen cars will probably also belong to the cab company Drivr, which has several hydrogen cars in its fleet. But the difficulty for drivers on foot to opt for hydrogen cars could change a bit now if there are more places to refuel. Because although hydrogen cars are expensive, they are exempt from registration tax in Denmark, and refueling hydrogen is equivalent to refueling a conventional car, while the range on a tank is long: 650 kilometers in a Toyota Mirai.

How hydrogen is produced and whether it is worth betting on in a world with more and more electric cars is another story. Toyota is noted in Everfuel's press release that following its recent acquisition of several of Denmark's hydrogen plants it is becoming a major player in the development of the country's hydrogen station network, and that its CEO, Alar Metsson, welcomes the investment in infrastructure for Japanese cars. Everfuel intends to expand the network and has already announced major investments for the coming years.

Danish company Everfuel is taking over the day-to-day operation of the DHF service stations, located at OK gas stations in Aarhus, Kolding, Esbjerg and Korsør. The new ownership is expected to provide the basis for further expansion and development of hydrogen technology in Denmark.

With the acquisition of the DHF hydrogen filling stations, Everfuel has taken an important step towards becoming a key player in the deployment of hydrogen technology in the transport sector in Denmark. With the establishment of the DHF, Strandmøllen, NEL and OK have given a major boost to the introduction of hydrogen in transport. I am looking forward to continuing the work of spreading hydrogen as a propellant in cooperation with the three players, says Jacob Krogsgaard, CEO of Everfuel.

How to refuel hydrogen in denmark